Part Two of a two-part post on Philosophy of Education, Book II, Chapters One and Two.  Part One is here.

What are the very basics of a PUS/CM-style classroom?  Haven't you always wanted to have a short list of the "rules?"  Starting on page 241 in the "Elementary Schools" chapter, Charlotte goes over what, for her, must have been very old-hat by then:


"The children, not the teachers, are the responsible persons; they do the work by self-effort.

"The teachers give the uplift of their sympathy in the work and where necessary elucidate, sum up or enlarge, but the actual work is done by the scholars.

"These read in a term from one thousand to between two and three thousand pages, according to age and class, in a large number of set books; the quantity set for each lesson allows of only a single reading.

"The reading is tested by narration, or by writing on a test passage.

"No revision is attempted when the terminal examination is at hand; because too much ground has been covered to allow of any 'looking up.'" 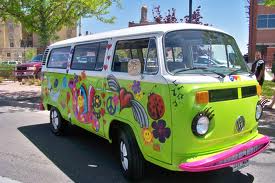 For Charlotte Mason, this was common sense, and not just theory:  she had seen it proved many times.  For some of her new readers, though, her proposals may have sounded like a Day-Glo VW bus compared to a four-door sedan.  Or, well--the 1920's English equivalent.

What subjects are Charlotte Mason's basics?  Her non-negotiables?

They're not exactly the old 3 R's.

Charlotte repeats several times in these chapters that Matthew Arnold divided learning into the knowledge of God, knowledge of man, knowledge of the universe.  She agrees, with the slight adjustment that she would like to put all three of those groups under one heading of "Humanism" (humanities), since they represented "all knowledge that makes a direct appeal to the mind through the channel of literary form."  All the things you could learn about through great writing, in other words.  You could learn about God through the Bible.  Obviously you could learn about Man through books of history, literature, etc.  And you could even learn about science through books written in a literary (not fictional, just elegantly-written) style--she complains, though, that the French wrote better science-as-literature than the English did.

Here is the list of subjects that she feels would make up a "wide and generous" secondary school curriculum (she is not specific about what forms or ages she is thinking of):

Study of the Bible, appreciating it for its value in teaching history as well as its other merits.  Study of other ancient (Bible-related) cultures, learned through study of those rooms (e.g. the Egyptian room) at the British museum, and by using the book about the museum that was written for P.U.S. students

English history, using a "decent book" and supplemented with essays on particular topics

Literature, closely associated with history, and including poetry

Composition, but not studied formally until the higher grades

Science:  studied through books written in a literary style, plus "field work and drawing."  Sub-topics would include astronomy, bird study, etc.

Music and picture study.  Students' own artwork included drawing natural figures and objects, and illustrating scenes from the books they were reading.  It did not emphasize "self-expression."

Foreign languages, introduced one by one:  French, Latin, German, Italian.

Do you find it funny that she does not include mathematics, grammar, etc.?  The PNEU school programmes for that era (look at the ones numbered in the 90's) certainly did include Arithmetic, Geometry, and Algebra, along with a variety of science books; and they did use grammar textbooks.  Charlotte gives her personal take on why certain subjects did not make it into the above list:  she felt that the only people who would want to listen to an after-hours discussion of technical or geek subjects were other geeks!  (Check out the top of page 277 if you don't believe me.) 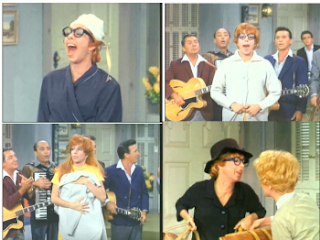 It kind of reminds me of Carol Burnett playing Lucy's roommate on the Lucy Show. Asked what she and her librarian friends do for fun after work, she confides that they hang out at "a little after-hours library."  When she meets a nice man, she's so shy that she can only recite statistics about libraries.  (Of course, she does loosen up after a couple of glasses of wine...)

The other funny part, or maybe sad part, about this contention of Charlotte's, is that the subjects that she did consider good, non-technical conversation fodder...when Jupiter is regnant, the vespers of the birds, historical parallels to episodes of the great War...would probably be laughed at today more than geeky, technical talk.  At least among non-homeschoolers.

Learn by doing.  It's practically a creed of the past half-century...well, it is a Chinese proverb.  In some situations, for some people, it makes sense.

But the official, research-type reasons for saying that were debunked long ago.  Apparently the percentages were created out of thin air in the 1960's, by a Mobil Oil Company writer, to help sell audio-visual learning aids.


"What does "doing" mean? How much were they "doing" it? Were they "doing" it correctly, or did they get feedback? If they were getting feedback, how do we know the learning didn't come from the feedback---not the "doing?" Do we really believe that people learn more "hearing" a lecture, than "reading" the same material? Don't people who "read" have an advantage in being able to pace themselves and revisit material they don't understand? And how did the research produce numbers that are all factors of ten? Doesn't this suggest some sort of review of the literature? If so, shouldn't we know how the research review was conducted? Shouldn't we get a clear and traceable citation for such a review?"--"People remember 10%, 20%...Oh Really?," Will at Work Learning blog.  Similar post here.

Here is Charlotte's thought-provoking conclusion to "A Liberal Education in Secondary Schools."


"Let us take it to ourselves that great character comes out of great thoughts, and that great thought must be initiated by great thinkers; then we shall have a definite aim in education.  Thinking and not doing is the source of character."  (page 278)