Music sneaks in there with art: Philosophy of Education, Chapter 10 (Curriculum) 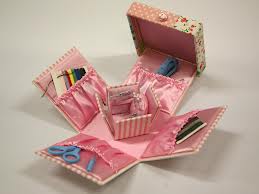 Some of us know how to do a lot with music.  Especially if we're homeschoolers; especially if we're Christians.  We teach our children about music, or we get them music lessons, or they're involved in choirs or drama or orchestras or garage bands, and they often rank high in the annual music festivals.

Others of us have children who don't seem to be that interested, who don't ask for lessons or fool around on the piano...sometimes to our relief.  Because that may not be our "thing" either.  And sometimes we, busy with so many other school subjects and things to do, fall back on the "background music" system of music appreciation.  At least we played the music, we think.  They heard it.

If you go to Google Books, you will find a "preview" version of The Term's Music, by Cedric Howard Glover.*  Not the whole book, but enough to get a different view, perhaps, of the deliberateness with which music appreciation and ear training in the Parents' Union School was approached.  Cedric Howard Glover was a "P.U.S. baby" or guinea pig, if you like.  His mother started the music program, back in the days when to play music for your baby, you pretty much had to play it on the piano or parlour organ yourself.

I think that the materials in this book may have been first printed as part of the Parents' Review magazine, then put together in book form, but I'm not totally sure about that.  The term programmes sometimes refer parents to issues of the magazine, to get the notes for the term's work, but those issues aren't online yet, so I can't prove they're the same thing.   But I think we can take it as pretty certain that Mr. Glover, having been brought up well-soaked, so to speak, in the P.U.S., would be familiar with the "work and aims" of Charlotte Mason, and it's clear that the book was written to act as the music-appreciation curriculum for twelve school terms--that is, a four-year rotation.

Here are a few things I snagged from the preview of The Term's Music.

1.  "It is the function of Musical Appreciation to right this balance and to restore the proper relation between the music and the performer....It is not enough just to play them good music, unless at the same time we can awaken that finer sense, which will enable them to determine why it is good.  There is an absolute standard of good in music as inexorable as any ethical standard....[We want to] foster the natural good taste of the subject, and gradually to build up a fund of experience, which may serve as a standard of right and wrong, incidentally bringing him into contact with some of the great creative geniuses of the world and providing him with a treasure house of beautiful things, which will be a joy to him all his life."

2.  "The study of music should rather follow on the lines of the study of literature or history, with both of which it has some affinity."

3.  "...it is manifestly absurd to deny the enjoyment, which music brings with it, to those who have neither the physical dexterity nor the artistic sensibility to play it for themselves."

4.  "At least one quarter of the time available should be devoted to Ear Training."

5.  "Nothing is more lamentably contrary to the whole spirit of the subject than sentimental rhapsodizing, high-flown descriptions of concrete images conjured up by absolute music and the like.  The pupil who sees Gothic cathedrals in Bach fugures and dancing dervishes in Brahms waltzes has no true appreciation of the music, and is the victim of faulty instruction."

6.  "If the true object of the lesson is realized, anything unworthy or meretricious will be immediately detected and spurned--the touchstone will be applied to hymn tunes, unison songs, pianoforte pieces alike, and those which are insincere, uninspired, trivial and mawkish will be given short shrift."

7.  The teaching for each composer includes both biographical material, a list of pieces to be listened to, and the equivalent of concert program notes for each piece.  This is the stuff that a teacher...not a professional music teacher, but a classroom teacher or homeschooling parent...would need to give the kind of explanatory remarks that Charlotte Mason did approve of.

8.  Which twelve composers did make it onto the rotation?  Handel, Bach, Mozart; Beethoven, Schubert, Schumann; Brahms, Wagner, Grieg; Moussorgsky, Dvorak, Debussy.  In the introduction to the book, Glover gives his reasoning--mostly that, for some students, time is short; better to major on the majors.

Yes, there are other kinds of music out there besides dead white guys and Europeans.  Yes, there are other instruments besides the piano and the symphony orchestra.  Yes, another century has gone by, and the music of Debussy is no longer considered startling.  We may wish to expand on the scope of Mr. Glover's curriculum.  However, it's a pretty solid base for anyone feeling a bit clueless, or frustrated with the limits of "background music."

And if you really don't want to do it all yourself, can I make a slightly dated but still useful recommendation?  Look at your library or on You-tube for episodes of Leonard Bernstein's Young People's Concerts.  They cover lots of ground (they were filmed over many concerts and many years), and they're worth watching.  A random sample:

*The book was reprinted in 2001, but is currently unavailable.  You might find a copy used or in an academic library.
Posted by Mama Squirrel at Monday, February 25, 2013

I just wandered over to see what you dug up from the book two whole years ago. Wow, you were a step ahead of me here! I feel like such a kindred spirit because I, too, love Leonard Bernstein's lessons. I also loved this random spontaneous lecture he gave before a performance of Ives Symphony No. 2: https://www.youtube.com/watch?v=1MMkP3aZIxw