33-40 “Now listen to another story. There was once a man, a land-owner, who planted a vineyard, fenced it round, dug out a hole for the wine-press and built a watch-tower. Then he let it out to farm-workers and went abroad. When the vintage-time approached he sent his servants to the farm-workers to receive his share of the proceeds. But they took the servants. beat up one, killed another, and drove off a third with stones. Then he sent some more servants, a larger party than the first, but they treated them in just the same way. Finally he sent his own son, thinking, ‘They will respect my son.’ Yet when the farm-workers saw the son they said to each other, ‘This fellow is the future owner. Come on, let’s kill him and we shall get everything that he would have had!’ So they took him, threw him out of the vineyard and killed him. Now when the owner of the vineyard returns, what will he do to those farm-workers?”

41 “He will kill those scoundrels without mercy,” they replied, “and will let the vineyard out to other tenants, who will give him the produce at the right season.”

42 “And have you never read these words of scripture,” said Jesus to them: ‘The stone which the builders rejected has become the chief cornerstone. This was the Lord’s doing, and it is marvellous in our eyes?’

43-44 “Here, I tell you, lies the reason why the kingdom of God is going to be taken away from you and given to a people who will produce its proper fruit.”

45-46 When the chief priests and the Pharisees heard his parables they realised that he was speaking about them. They longed to get their hands on him, but they were afraid of the crowds, who regarded him as a prophet.

Copywork: “…the loveliness of the town rising tier above tier in a glow of cream colour against the blue-grey western sky.”—Lilias Trotter 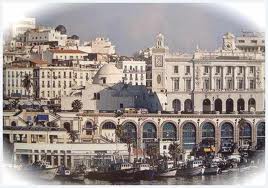 A Passion for the Impossible (Biography of Lilias Trotter): pages 103-107 (introduction to Algeria)

French: Unit 3 lesson 23b (continue) and 24a. Continue working on the story about Burundi. Conversation about things you do at home (phrases for "wash dishes," "do laundry," etc.).

Canadian history: p. 351-354 "Currency in the Colonies."  Why did Canada (pre-Confederation Canada, meaning Ontario and Quebec) adopt the decimal currency of dollars and cents (in 1858)?  How did currency help bring about Confederation and unite the provinces?

Spelling/writing:  Study for dictation from one of the books we have been reading
Posted by Mama Squirrel at Thursday, March 08, 2012