The retreat was held at a church, Friday evening and all day Saturday. What it was about, for most of us: celebrating friends and exploring the possibilities of family-oriented, lifelong learning. That was underscored for me by the presence of several babies, a few brave husbands (who were not just there to hold the babies), several older offspring who were there in various roles (playing music, working in the kitchen, packing boxes into vehicles, minding the info table, or just being themselves). When one of the speakers exhorted everyone to "love their children," that seemed to be  given.

And yet a lot of it was still "eek, my online friends!" Even dedicated moms need a break to hang out and enjoy some girl-time. 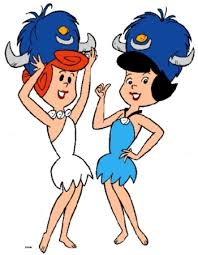 We had plenary talks and breakout sessions. If you wanted, you could learn how to do Swedish drill and nature study. There were children's notebooks on display, and also some book signings going on. (Not to be confused with one person's totebag signing.) There were serious points made, and some important stuff discussed over cucumber sandwiches and pie. I helped one person do a Google search for the essay where Plutarch mentions child sacrifice to Moloch (who knew?). This was a weekend to make whatever you wanted it to be.

And as the closing speaker quoted from Mary Poppins, it was (too soon) Time To Go Home. For those of us on the hostessing team, it was more like Mary Poppins' game of Tidy Up the Nursery, but we had a lot of hands helping, and also enough willing drivers to get everyone back to "Ma Bear's house."
Posted by Mama Squirrel at Wednesday, July 29, 2015

My tote bag signing made a blog! ;)

I love the picture! You really are a great photographer. ;-)

Well, it *could* have been!