The Intentional Thrifter: Scarves are a good place to make mistakes

There are some things that are hard to do in a thrift store dressing room. Judging colours accurately is one of them.

But the good thing about thrifted scarves is that they're cheap enough to take home and judge in better lighting. That's what I did this week: bought three scarves for a dollar apiece, and a fourth for four dollars (prices vary), just to play around with colours.

Two of them are just...okay, and I probably won't keep them.  The purple pashmina-type is a very muted version of another scarf I have (see the second photo, old scarf on left, new scarf on right), and it demonstrated something I really knew already but was ignoring: very muted is not so good on me. Too faded. 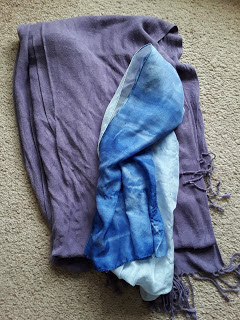 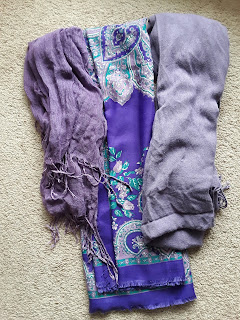 The blue scarf (in the first photo) wasn't a great choice either. It looked like it would work, but it had too much pale blue in it; it reminded me of those ugly robes you put on at the doctor's. Plus it felt like polyester. So far: a two-dollar reminder to trust my own instincts.

The third scarf was a quick pick to match a deep red sweater I wanted to try on. It starts out blue-red, and fades to pink. Weird, I know. 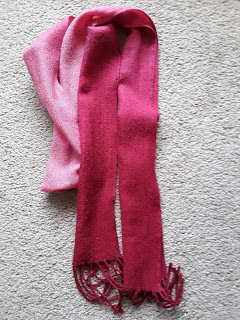 And the red sweater? OK, nothing unusual. 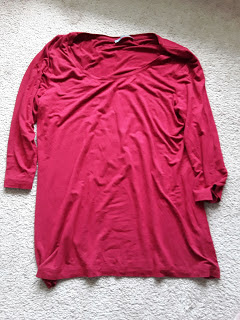 But the scarf with the sweater: it works. Wear pink earrings, be a rebel. 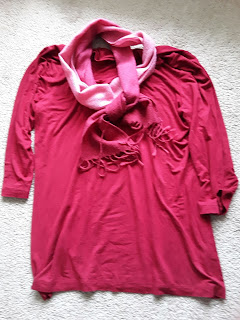 This is the sort of scarf that thrifters underestimate: a circle scarf in white and shades of blue, from light through navy. 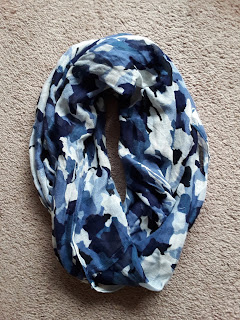 Another look at it... 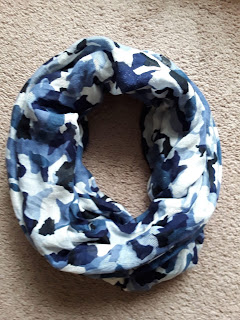 The thing about circle scarves is that they're just a rectangle of fabric, seamed up. (Or cut without a seam.) There's usually a lot of fabric in them! 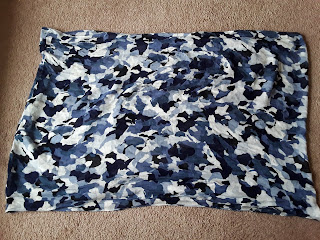 Enough to wear as a shawl/poncho. 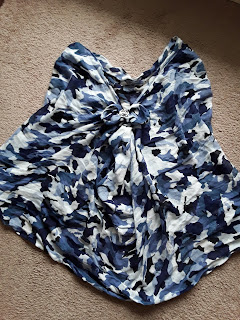 This was definitely the best of the four! Favourite colours, favourite style. It is going on holiday with me.
Posted by Mama Squirrel at Friday, June 22, 2018

Phyllis,what do you wear your scarf with?

I love the pink fade to red scarf~~ What a deal!!! It looks super cute the way Phyllis tied it in her post! LOVE IT! Annster's Domain

Ah, I see you there, Phyllis!