Today Mr. Fixit and I did some freezer un-cooking, also known as "dump recipes." It's the equivalent of putting brownie ingredients into a bag and calling it a mix. The idea here is that you put meat, vegetables and other ingredients into freezer bags and then use them in the slow cooker or as casseroles. (Yes, I know some of you have been doing this for years.)

The recipes we used came from a new downloadable package at $5 Dinners: 20 Freezer to Slow Cooker Meals for $160 – 3rd Edition.  You get the shopping lists, directions, recipes, printable labels, and access to a video showing you how Erin Chase did the whole sequence. I skipped the printable labels because they're very expensive here (I used paper and tape); and I also broke down some of her 4-serving meals into 2-serving ones, because often these days it's just two or three of us eating dinner. 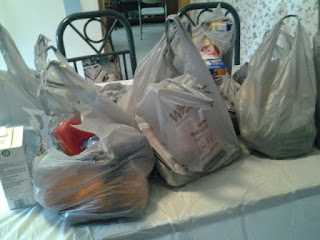 This morning we went to Eurofoods and brought home chicken breasts, ground beef, and a piece of pork (the directions called for pork chops, but it was less expensive to buy a large piece and cut it up ourselves). In the afternoon, we went to Bulk Barn (for a few seasonings) and Wal-mart, and got everything else that wasn't already on the shelf, including some beef that we also cut up ourselves..

At three o'clock, we put everything on the kitchen table and started to work. 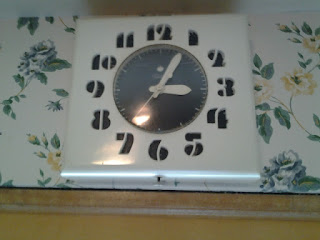 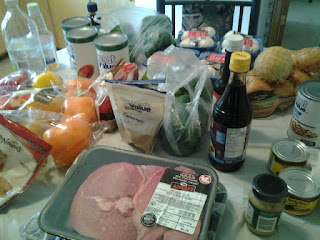 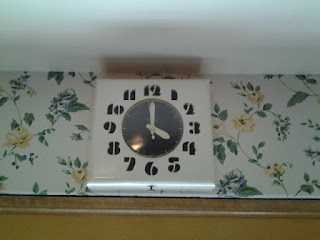 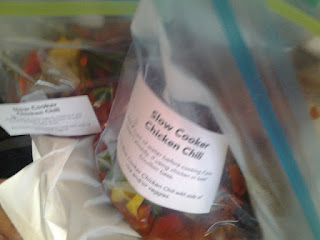 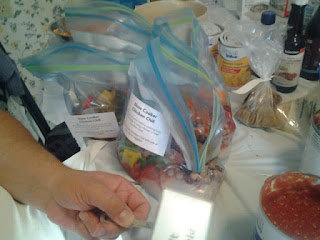 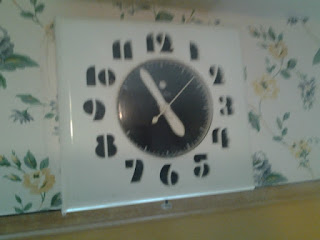 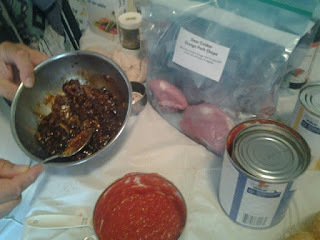 Mixing up some sauce 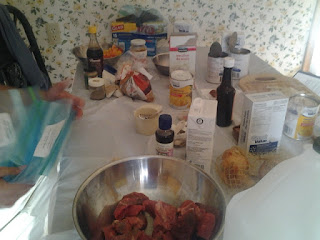 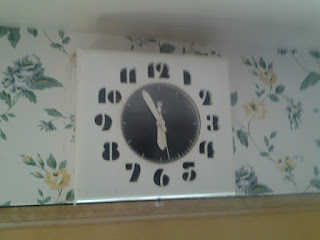 In the home stretch. 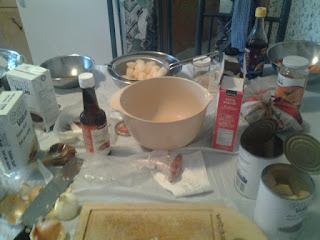 Last round: the stew beef packages 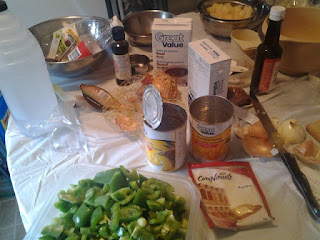 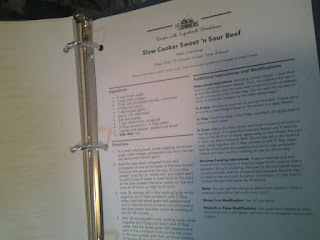 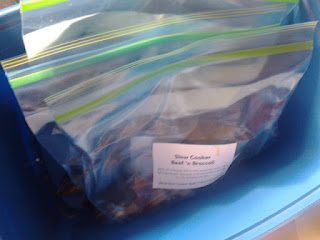 Bags going into the freezer 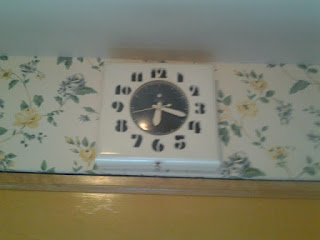 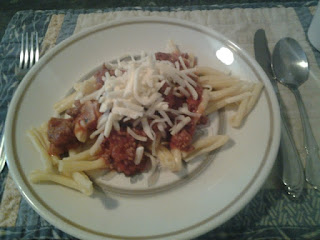 Odds and ends of tomato sauce, one bag of ground beef, and two tired people. We were done like, um, dinner.

Overall reviews, based only on preparation? (We haven't actually cooked any of the packages yet.) My only real complaint is that the ground beef we bought didn't stretch far enough to make all the planned recipes, even though we weighed it out before putting it in the bags. The shortfall may have been due to shrinkage after browning  (the only actual cooking required in this packaging marathon), and we did swipe half a pound for our own dinner, but it was still a bit disappointing to have the other ingredients ready and then realize that we'd have to leave a few packages out. Next time we'll have to over-estimate.

There was also a bit of confusion around which recipes needed tomato sauce, crushed tomatoes, or diced tomatoes; in some places options were given, but the grocery lists didn't always include those. I think I would say that, if you want to follow the recipes and not run short, it wouldn't hurt to buy a couple of extra cans of each type. We ended up filling in with a jar of pasta sauce from the pantry, which really isn't a problem, just something to keep in mind.

Best advice: work with a friend:. Even Erin Chase had her son opening cans for her. And make something nice for dinner at the end.
Posted by Mama Squirrel at Friday, September 04, 2015