From the archives: How Charlotte Mason might have taught a lesson on ecosystems and biogeography 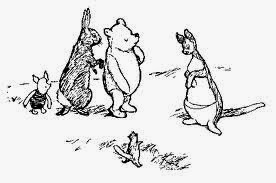 Objects.
I. To increase the student's knowledge of biotic and abiotic factors.
II. To show how all living things are connected to each other.
III. To give some account of the different biogeographic realms, using Australian marsupials as an example.

By way of introduction, I would ask the student to tell me the meaning of an ecosystem, and, for any ecosystem, name some of the things included; for instance, in an aquarium, we would have particular plants, animals, but also factors such as light and temperature. (Don't forget the tiny organisms that we can't see unaided.)  We can label any of these factors as either biotic or abiotic.  How do the different "factors" interact with each other? (Example: plants releasing oxygen for the animals to use.)

I would have her read orally from Exploring The World Around You, page 11, the paragraph about the interaction in an aquarium ecosystem.

Then, after narration, I would show a map of the six (original) major biogeographic realms: Palearctic, Nearctic, Neotropical, Ethiopian, Oriental, Australian.  Recently this map has been updated.  I would give the student a printout of the updated map, and read from the accompanying article.  "Our study is a long overdue update of one of the most fundamental maps in natural sciences," lead author of the new research in Science, Ben Holt, said in a press release. "For the first time since Wallace's attempt we are finally able to provide a broad description of the natural world based on incredibly detailed information for thousands of vertebrate species."

After narration, we could talk about why scientists believe it to be important to divide the biogeographic realms more accurately, and what has allowed them to do that. Something hard to think about: would creationists and evolutionists think about biogeography somewhat differently?  As an example of a creationist approach, we would read the rest of the chapter, about Australian marsupials.

Adapted from Class Notes, as printed in various Parents' Reviews.

From the comments on the original post:
"This is wonderful! And the question follows - how can the homeschooling mother find the information needed to teach these kinds of lessons to her students, and how is she able to do that in the minimal time she has available while also managing a bustling household. Is it wishful thinking for us?"

My response:
"I don't try to teach every lesson this way; I do try to beef up some chapters or lessons, like this one, that seem like they could benefit from a "CM touch." While I don't have a really bustling homeschool these days, I am (obviously) not a scientist or geographer, so I think that should be reassuring! Mostly I just read through the lesson carefully, look for narration points or places where you could include map work etc. In this case, the book (written a few years ago) included a small map of the biogeographic divisions. When I looked online for a better map, I came across the updated information and thought it should be included in the lesson."
Posted by Mama Squirrel at Sunday, September 16, 2018