Frugal Finds and Fixes: When Yard Sales are Social

FINDS:  We stopped at two yard sales this morning, and both of them turned out to be held by people we know.  Not close friends, but acquaintances we haven't seen for a long time.  Which makes it awkward when they have something you want but you think it's a bit overpriced, and if they were either good friends or complete strangers you'd feel better about haggling, but since they're not, you're stuck. But anyway, you figure the difference is worth it because you get to catch up and chat.

So between the two, for slightly more than I would ideally have paid, but still not so bad, I brought home:

A 2-liter slow cooker, the half-family size that The Apprentice uses in her apartment.  Good for smaller amounts of things. 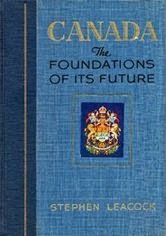 A slipcovered copy of Stephen Leacock's book Canada: The Foundations of its Future.

A whole stack of gift wrap paper, vintage and otherwise

(and this is the best part) 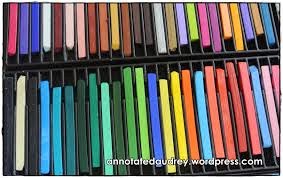 A 36-piece set of Prismacolor Art Stix, older but unused.  New sets are listed on Chapters for about $70.  I paid a tenth of that.

Mr. Fixit found a small oil lamp.  He has been adding to our stash of those ever since last winter's power outages.  They can be quite handy and they feel a bit safer than candles.

FIXES:  Ponytails' school backpack was coming apart in several spots.  It's the type that looks like an army or Scout knapsack, made of heavy khaki fabric with a thin lining.  The lining ripped at the bottom of the pack, at two places in the inside zipper pocket, and at the seam near the top.  We solved the pocket problem by just zipping it shut--it can't be used, but that was easier than mending it.  The bottom of the lining just needed a row of machine stitching to put it back together--appearance wasn't an issue.  The last bit, I had to be a little more careful with, but it still worked fine just to fold over the ragged part and stitch it down, and anyway the outside stitches will normally be covered by the flap of the pack.  So: two quick seams and hopefully now it will last through the last month of school!
Posted by Mama Squirrel at Saturday, May 31, 2014