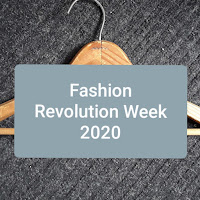 In Jean Merrill's novel The Pushcart War, the problem with the trucks (and their drivers) wasn't just that they were dopes and jerks: they were also bullies and roadhogs. They represented big interests and the bottom line (vs. the pushcart peddlers, who represented entrepreneurship and small-is-beautiful).


"'Oh,' said Wenda Gambling. 'Well, I think that there are too many trucks and that the trucks are too big....' Before the program was off the air, over five thousand viewers had called the station to say that they agreed with Wenda Gambling. Professor Lyman Cumberly has suggested that except for Wenda Gambling's innocent remark, there might never have been a Pushcart War."

The activists at Fashion Revolution have continued to shoot "pea tacks" at the fast-fashion machine. Sometimes the trucks they aim at get pulled off the road, making room for a few more pushcarts. Some garment factories have cleaned up their treatment of workers in the past few years. Some companies are more concerned and more transparent about the links in their supply chain. Some people are writing new books to raise awareness.

Then came the pandemic.

There's nothing like a global crisis to magnify, more sharply than ever, systems that are badly broken, and people who are falling not only through medical cracks, but economic ones.

In a past year's post on this topic, I said that individual consumers feel like they have about as little power in this area as mice. Bothering big companies with form letters asking "Who made my clothes?" seems about as effective as shooting tacks at truck tires.

Of course you are welcome to join the pea shooters, and Fashion Revolution would be happy if you did. But can I propose something else that anyone can do?

Buy your apples and flowers from the pushcarts.