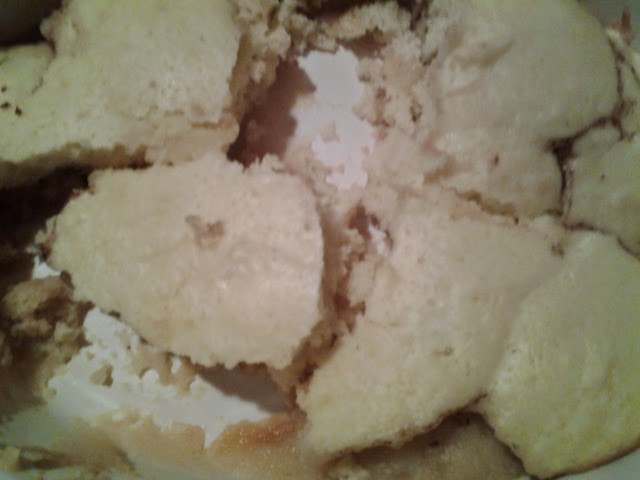 Tonight's dessert: a variation on James Barber's mother's Steamed Pudding, from his book The Urban Peasant.

In a small greased casserole that has a lid, spread a cupful or more of applesauce.  If it is unsweetened, you can add a little sugar (I used brown sugar) and cinnamon. Spread batter on applesauce, cover and bake at 350 degrees until set and turning brown; it should look like a big pancake.  Be careful taking the lid off, because of the steam.  Actually when I took this one out, the lid was on so tightly that it was a few minutes before I could do anything at all with it.  Then I slipped the edge of a dinner knife under the lid, and the seal popped.

(Steamed Pudding can also be made with other fruit or with jam, and can be made on the stovetop.) 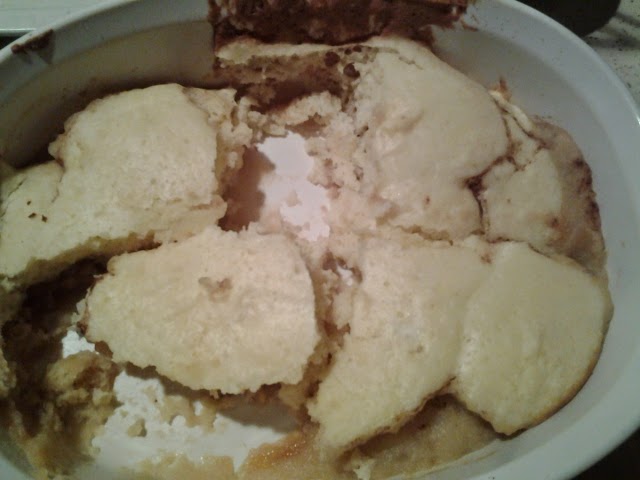