M.S.: How would you describe a good school environment?

Mrs. Dowson:  Is provision made there for giving a child's mind the discipline it needs to enable him to overcome the difficulties of the general distracting intellectual disorganization? Is the need, not only for giving him knowledge, but for giving him the chance to organize it as it comes, practically recognized? Do his teachers always recognize that, only if he has this chance and acts upon it, will he be in a position to overcome the troubles that are sure to come upon him in consequence of the prevailing specialism and the lack of unified knowledge in those with whom he will have to deal? M.S.: Have you found this to be true of many schools?

Mrs. Dowson: We shall hardly go too far if we say that most teachers and most students are sadly wanting in this respect. We may even venture to say that many teachers would be hard put to it to tell us how the fullest possible organization of mental powers and mental possessions can be effected; and what form the necessary discipline should take.

Mrs. Dowson: The art of education lags behind the science; and the science is not listened to, nor heeded when it cries aloud.  The leaders in educational science are applying the lessons of personal experience, and they are telling us how we may bring its benefits to bear in the mental discipline of our children; but, unless I am doing them a grave injustice, the practical teachers of England remain, for the most part, either opposed or unconvinced.

M.S.: So you're saying that the evidence is out there, but it's not acted upon?

Mrs. Dowd: In some places it is. We hear that in Italy young people in the highest classes of the Lyceums are taught about their own minds and the way they work, are shewn how to reason well and find out when reasoning goes ill; they are led on to know when they do not know, and to discern the difficulties of knowing at all and of knowing what knowing means; they are made aware of the oneness of things in their apparent diversity and of the steps men take in trying to get at the heart of the simplest of those things and of the whole.

M.S.: Let me see if I understand this: bringing the "scraps of knowledge" together is like synthetic thinking. There needs to be more unity of thought in education, some way of organizing knowledge. Is this the only approach that seems to work?

Mrs. Dowson: It is true that there are other instruments of discipline--a good piece of Latin prose is one; but I doubt whether there is any other way, except one which is outside the range of 'practical politics,' by which knowledge can be redeemed from the evils of specialism. 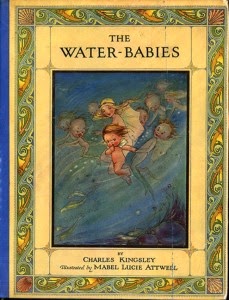 M.S.: What about science? Wouldn't it work to emphasize scientific training, teach the students to approach any question with the scientific method?

Mrs. Dowson: The cyclone of science with its practical application sweeps regularly over and through the midst of us, right into our mental lungs....but for the most part, what is taught in schools in the name of science is the thing aptly called 'the brute scientific fact.'

Mrs. Dowson: The brute scientific fact is of little more educational value than the equally brute historic date, or king, or battle, in which our grandmothers took pride. Botany, for example, is usually taught in schools just as the lists of kings and queens and ware were taught to our grandmothers: it is taught as a more or less cooked-up arrangement of brute facts about plants, their characters, their structure and their functions, served with a sauce of scientific moralizing about heredity and environment and the like. Its chief advantage over the strings of royal names and the glib questions and answers of a Child's Guide, accompanied by historical platitudes about the 'greatness' of one person and the 'cruelty' of another, lies in the fact that the plants are not dead and buried out of sight like the kings, but are alive and may be looked for, and picked, and brought into the schoolroom. Botany may be taught in a way to train the mind to accuracy of observation, a power the value of which, for the wise person, it is difficult to over-estimate. This is one of its advantages; but even the advantage brings a danger.

Mrs. Dowson: I repeat with some emphasis that, for the wise person, or for the child whom his teachers are seriously and intelligently trying to develop into a wise person, the power of observing accurately is of enormous value, but for the foolish person and for the child taught by foolish persons of a certain type, there comes with it a grave intellectual peril, never more perilous, perhaps, than at the present time--the peril in which a man stands who has the essentially superstitious habit of believing excessively what he sees, and either disbelieving, or posing to himself and other people as disbelieving, everything he does not see. 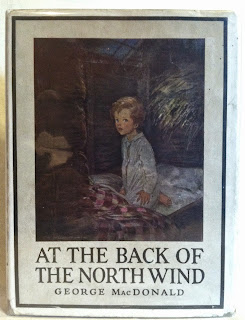 (To be continued tomorrow, and I promise it is going to be very interesting.)
Posted by Mama Squirrel at Thursday, November 13, 2014