A walk by the pond (our nature outing) 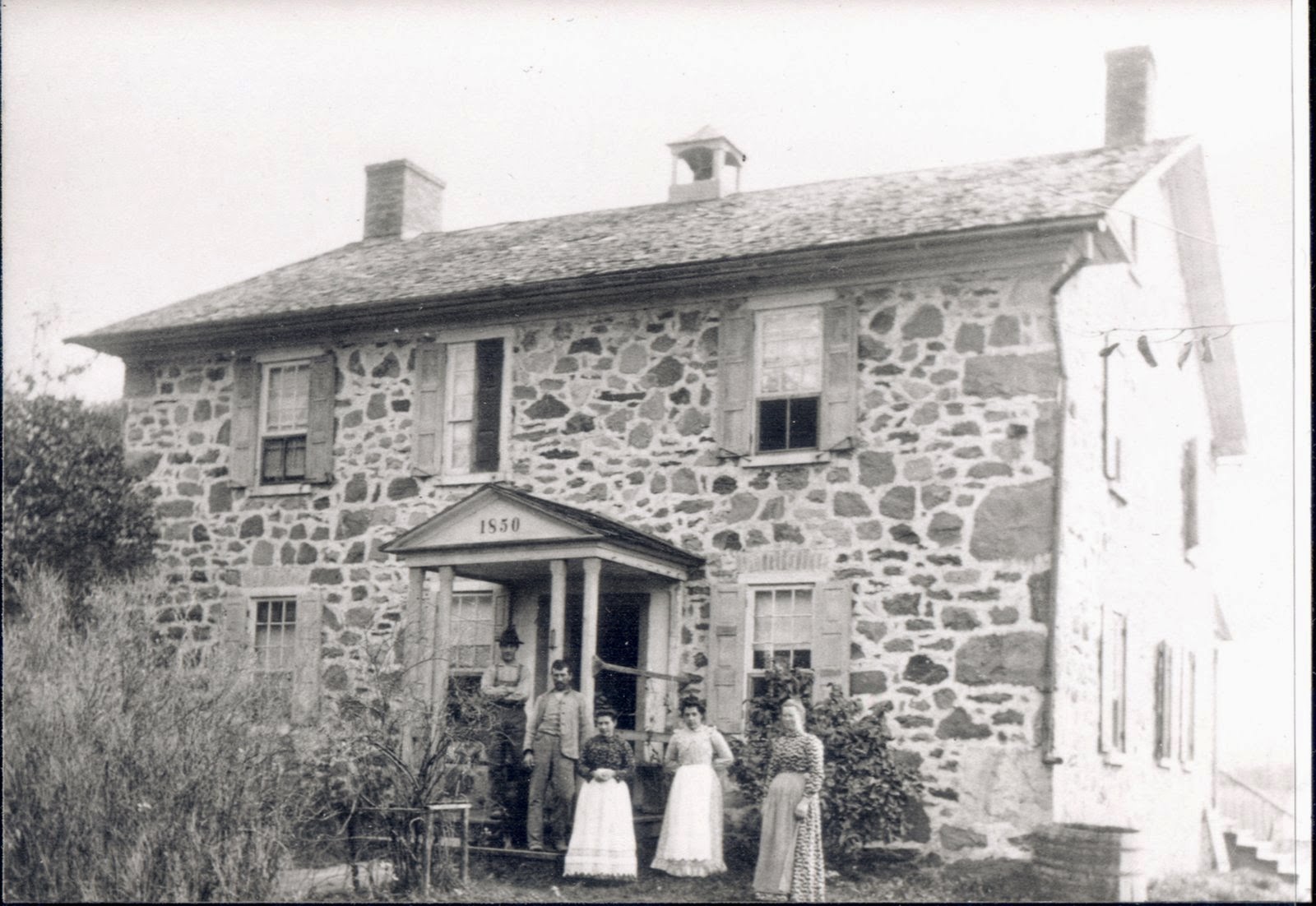 A short drive away from us, there's an old fieldstone farmhouse that is now part of a university campus. Behind the farmhouse, there's a nature trail around a large pond.  That's where we went this afternoon.  It's still pretty cold, and not much is sprouting or hatching or moving much around the pond, but we did have a good (although muddy) very-early-spring walk.  We saw several things to note down, and things we'd like to come back and look at again in a couple of weeks: 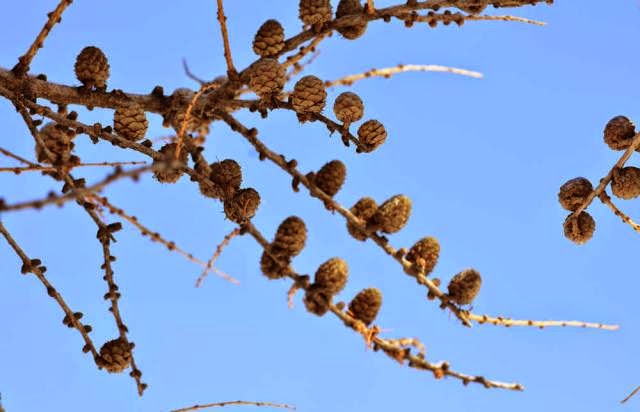 Tamarack (larch) trees, with cones but no needles. (More about them here.)

Winterberry holly--at least, we're pretty sure that's what it was.  Bright red juicy berries still on the bush from last fall, but no spring growth on it yet--maybe some buds.

A muskrat swam up to the edge of the water and then disappeared, probably into a hole in the bank.  Mr. Fixit and Dollygirl disagreed on whether it had a tail like a beaver or like a muskrat, but it was acting more like a muskrat.

Lots of ducks and geese, and robins, and a blue heron further out.

A few daffodils coming up at the front of the farmhouse.

There were a few little bits of green here and there, but it was a hard winter and I think spring is having a struggle.
Posted by Mama Squirrel at Thursday, April 10, 2014