Book studied: Whatever Happened to Justice?, chapter 26.
"Uncle Eric" has an out-of-the-mainstream view on political power. He says, 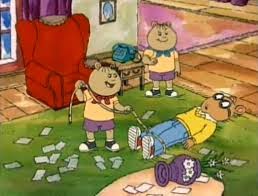 He quotes people such as Thomas Bailey Aldrich:

"There is a possible Nero in the gentlest human creature that walks." 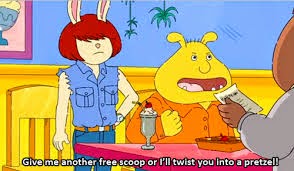 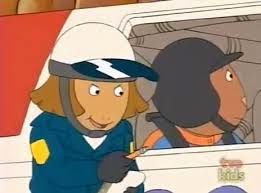 So here are some things to think about:
Which of the three images from Arthur show actual political power in use?
Is there a legitimate use of political power? Should Christians be involved in their country's government? In the police force? How should they act if they are put into or achieve positions of power? What does the Bible say? (This article is useful.)

"Christianity enhanced the notion of political and social accountability by providing a new model: that of servant leadership. In ancient Greece and Rome no one would have dreamed of considering political leaders anyone's servants. The job of the leader was to lead. But Christ invented the notion that the way to lead is by serving the needs of others, especially those who are the most needy..." ~~ Dinesh D'Souza, What's So Great About Christianity?