I think this week's theme is a real Hgpodeogde.


1. Last thing you did on the spur of the moment?

Bought a kitchen table and chairs at the thrift store, on a day when we were just browsing.

2. How well informed do you feel about the current Syrian refugee crisis?

Somewhat, but not enough. We had a presentation at church from members of the local Syrian community, and are discussing what we can do as a congregation.

3. What have you changed your mind about?

Boarding up Dewey's Treehouse! I figured the ten-year point would be a natural end to the blog, especially since a large part of it was about homeschooling and now we're not; but I think it will continue for awhile, just in a lower key.

4. A medium sized non-poisonous snake found it's way into the pool trap this weekend. If you'd been sitting poolside would you have fished it out? Gone running? Called for help? Pretended not to know? Continued swimming?


Called for help, because I would have no idea what to do with either a snake or a pool trap. 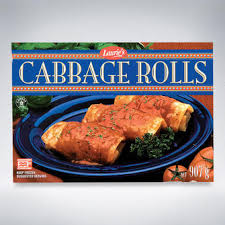 5. September 10th is National TV Dinner Day...what's your idea of a great TV dinner? (Or at least a pretty good one!)


Laurie's Cabbage Rolls. Heat them and eat them.

6. Samuel Johnson  is quoted as saying, "Courage is reckoned the greatest of all virtues; because, unless a man has that virtue, he has no security for preserving any other." Would you agree? Where have you seen that played out recently? What's the second greatest virtue?

Well...if the Serenity Prayer asks for "the courage to change the things I can," it also mentions "the wisdom to know the difference." Sometimes it's more about faith and the Higher Power (a.k.a. God), when we don't have courage.

However...you might say that "courage" is much like "Will," and if you don't have either of those things, you're not only not going to preserve any other virtues, you're not going to do much of anything at all. Courage to choose, courage to do, courage to say yes or no, or "I am, I can, I ought, I will"; in that case, yes, it's pretty important.


7. What are three words you have trouble remembering how to spell?

“(Are there, or are there not, two ‘c’s’ in ‘recommend’? In spite of the fact that I am a B.A. I can never be certain. Fancy if the Pringles had discovered that before I found Andy’s diary!)” ~~ Lucy Maud Montgomery, Anne of Windy Poplars 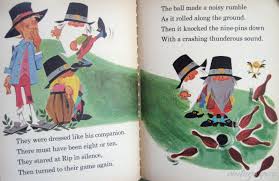 Today's newspaper crossword taught me a new word: kegler, which means a bowler.  Scoring a Kegler is a perfect game, 12 consecutive strikes. I have only been ten-pin bowling once, and as Elizabeth McGovern's character said in Ordinary People, "I'm not a very good bowler, what I mean is, I'm a funny bowler."

(Elizabeth McGovern? Cora on Downton Abbey. We were all a lot younger then.)

Linked from The Wednesday Hodgepodge at This Side of the Pond.
Posted by Mama Squirrel at Wednesday, September 09, 2015

Love your answer to #6! So happy to meet a new 'Hodgepodger' this morning! I'm your newest follower!

Hi, April! Thanks for stopping by!

I enjoyed this! Those illustrations are gorgeous! I hope you don't stop blogging. :)

I'm in a busy season just now, following a move and in the middle of a home build, so I'm giving myself some grace in terms of blogging. I still enjoy it a lot and miss it when I don't get here as often as I'd like, but there are only so many hours in a day and sometimes blogging has to wait. Hoping you carry on, even if its at less regular intervals.

I'm trying to catch up a bit on last week's HP before next week rolls around!

So very glad you're keeping your blog going. x