1. Realist, idealist, optimist, pessimist...which one are you? Elaborate.

I am optimistic about my realistic pessimism.

I just bought a few wish-list summer things (posted about that here).

Besides that? Well, a haircut would be nice after half a year without one. 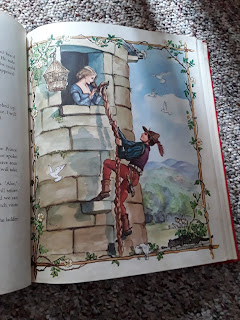 We need to get some new bedsheets and pillows.

I like the upcycled jean jackets at Six Ways to Sunday, but they're a lot out of my budget. Lydia recently gave me a free jean jacket from her closet purge, so that comes close. Who knows, maybe I could even change the sleeves up like the ones at Six Ways. 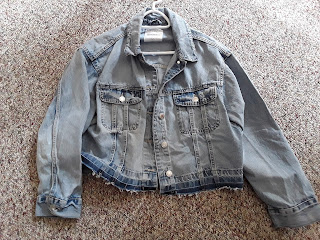 Mayonnaise. Baking soda. Another spaghetti squash to replace this poor victim of vivipary (a word I'd never heard before). 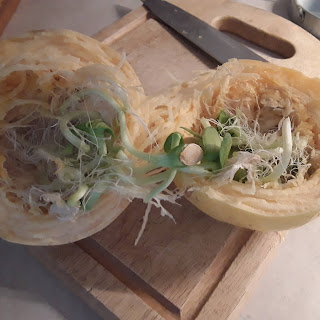 4. According to Trip Advisor here's a list of the top ten things to do in the US this summer-

Of the ten attractions listed which do you find most appealing? Have you already experienced anything on this list?

Haven't done even one of those, unless you count the Charleston Old South Historic Airport Security Line tour. The "sights of LA, Beverly Hills, Beaches" sounds quite nice, makes me think of meeting up with Jim Rockford for tacos. But at this point I might even go for the swamp, if somebody offered it to me.

5. Besides home and work where do you spend the most time?

Home = work. Other than that?

When we moved in here almost two years ago, the back deck had some fake green leafy stuff twined through its end wall. We could have taken it down, but decided to leave it as it was; it added a bit of privacy between us and the busy road. But after this winter, it was showing its age, and Mr. Fixit decided to take the leafy stuff down and bag it up for garbage day. He tied up the bag and left it on the deck. Yesterday when he moved it out front for pickup, he came back and told me there was something moving inside the bag. Really? Like what? Like maybe some little animal that had been nesting in the green stuff, a mouse or a baby chipmunk. I looked too, and it did look like something was moving in there, but it was also a bit windy so it was hard to tell for sure what was moving the plastic bag around. I guess we will never know, because the next time he looked at the garbage bag, there was also a nicely-chewed exit hole in the side. Memo to Mr. Mouse: I'm sorry we destroyed your habitat, but I'm glad you didn't chew your way out indoors! 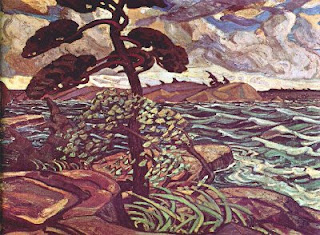 Arthur Lismer, A September Gale, Georgian Bay (1921)
The weather, finally, is getting dependably warm. She knows she could get along all right without buying many clothes for the summer. Maybe a pair of shoes. But one day she sees that one of the mainstream Canadian women's clothing stores is having a very good online sale. She's trying to shop more sustainably, but getting a few summer things she likes at a good price also seems reasonable. When the fall clothes come around, it's more likely that she'll find something that pulls a bit more sustainable weight. Or at least that she'll be able to browse the thrift stores again.
The first thing she chooses is a pair of blue chambray pants, with some pleats and waist detailing. These give her a bit of happy nostalgia, as she owned a similar pair about thirty years ago, the summer that she and her future husband were first dating. Strangely enough, The Vivienne Files also decides to do a story featuring chambray blue and pastels. So this feels like not a bad choice for this year. 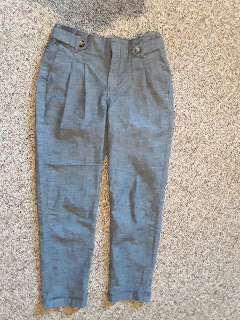 How about two summer-top versions of September Gale?
Here's the water: 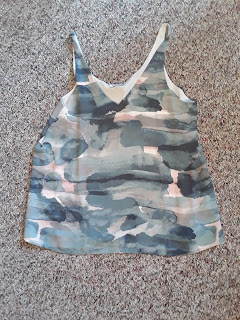 And here are the rocks (shown with some jewelry she already owns): 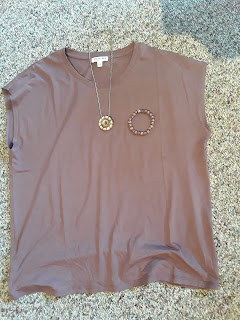 (She also buys some pajamas, but you don't need to see those.)
Read the rest of the post here.
Posted by Mama Squirrel at Sunday, May 16, 2021 No comments:

1. It's like my mama always said, "______________________________________________."
Go clean your room?
Our youngest Squirreling did a final move-out recently, which involved a lot of getting rid of stuff. Inspired by her energy, and also by the fact that she gave me a bunch of things she didn't need and that I had to find room for if I wanted them, I also did a good cleanout of clothes-and-stuff-that-gets-stored-with-clothes. It actually all turned out very well, and I am now the second owner of a countertop cosmetics organizer (plus some stuff to put inside it), an extra jean shirt, a handy cardigan, a slip dress, about three bottles of bubble bath, and a couple of books that were on their way to the thrift store. Plus I put my prescription sunglasses in a place where I will remember to take them when I go out instead of somewhere in my bottom drawer.

2. May 11th is National Eat What You Want Day. What will you be having by way of celebration?

That was yesterday, wasn't it? Right...well, Mr. Fixit made chicken paprikash with noodles.

I ate some green olives in oil and basil from the gift box that my oldest daughter sent for Mother's Day.

Oh, and we stopped and got a couple of doughnuts (the really plain non-messy kind) and coffee while we were out driving around after supper. What we were driving around for was trying to find an outdoor garden section that was open, so we could buy a couple of flower baskets. However, the weather was so rotten out there that I think it would have been more pleasant to stand looking at geraniums in the middle of January, so we gave up and cruised around, picked up the doughnuts, parked by the lake and had a snack in the car.

3. Describe your idea of a perfect spring day.

Finishing the last of a package of mini cinnamon buns for breakfast, photographing violets in the postage-stamp back yard, working on the computer for awhile, stopping for a coffee break with my husband, having a package delivered (see #5), eating leftovers (#2) for lunch plus a piece of chocolate also from the box my daughter sent me for Mother's Day, going back to work while he goes out to pick up a couple of flower baskets to ornament our outdoors (the weather's better today), having little or no idea of what we're going to make for dinner and being okay with that all the same.

Oh yeah, that was today.

And you will notice I didn't say anything about the things we're not doing.

4. Success, fulfillment, growth, achievement...pick one and tell us how it relates to your life in some way, either currently or in days gone by.

Growth? Babies grow into children grow into adults. We ourselves and the ones we produced. The one who had the butterfly birthday right after we started this blog has spread her poster-board wings and flapped her way out of the Treehouse (see #1).

A pair of  summer pajamas, teal with a palm tree print.

Ways I could use them as a weapon:

a) Letting the enemies laugh themselves silly

b) Turn the pajama pants into a stone-flinging catapult