1. This week's Hodgepodge lands on Ash Wednesday which signals the beginning of Lent. Do you mark this season in some way? If so tell us more. Did you grow up 'celebrating' Lent? Is attending church part of your weekly routine? Are churches open for in-person worship where you live?
Lent, currently, yes. Church, currently, no.
2. When is the last time you sat beside a 'real' fire? Do you have a fireplace in your home? Wood or gas logs? Favorite thing cooked over a fire?
Don't have one, and can't recall the last time. Can candles and oil lamps substitute? 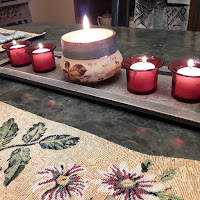 3. Something that's currently got you fired up?
Getting close to finishing the book I've been working on. So I can earn an honest penny. 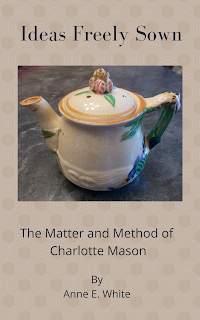 4. February 17th also happens to be National Cabbage Day. Who knew? Do you like cabbage? Is cabbage on your menu Wednesday? Of the following cabbage dishes which is your favorite-coleslaw (mayo or vinegar?), sauerkraut, cabbage rolls, cabbage soup, kielbasa and cabbage, grilled cabbage, bubble and squeak, kimchi, or haluski?
It would be hard to be part of this squirrel family without saying sauerkraut. We like the made-in-store cabbage rolls from the European butcher/grocery, but we haven't bought any or even been to that store for weeks. Shopping lately is complicated.
5. Do you hang on to pennies? What do you do with them? Last thing you purchased for $1.00? Last thing you purchased for $5.00?
The last Canadian pennies were distributed in February 2013, and the stores don't take them anymore, so they're pretty much gone from our lives.  I don't know how Canadian schoolchildren are supposed to learn place value without pennies, much less sing Canada in my Pocket.

Things I bought for a dollar? Besides grocery items? That would be several of the things I thrifted before Christmas,  after which the thrift shops here were shuttered along with most other stores and services.
6. Insert your own random thought here.
On Valentine's Day, my husband discovered a bag of Christmas cookies hidden at the back of the freezer. 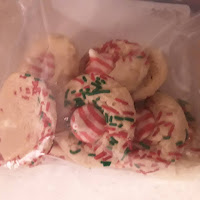 Bonus.
Linked from The Wednesday Hodgepodge at From This Side of the Pond.
Posted by Mama Squirrel at Wednesday, February 17, 2021 4 comments:

I'm twenty thousand leagues under the writing sea right now, so this week's entry in the Hodgepodge is going to be brief.

1. Something little you are loving right now?

Our current hamster. His name is Alcibiades. 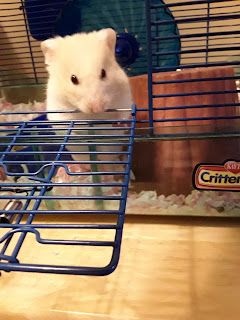 2. Red roses or pink peonies? Red wine or pink lemonade? Red lipstick or pink polish? A cotton candy colored sky or a fiery red sunset? A book-movie-song you love with the word red or pink in its title?

Roses, lemonade. Pink lipstick. Sky pictures, I like them all.

3. What's something you currently have your heart set on doing-going-seeing-or experiencing?

4. Who would you most like to have a heart to heart with right now? Is that possible?

Easy Takeout Burgers: Which would you rather have for Valentine's Day dinner, honey?

That doesn't involve complaining about whatever?

Well, no legislator or bureaucrat can stop the sap rising in the maple trees. Spring will be here soon.

Ten Years Ago: A Homeschooling Day

9:00 a.m.: New hymn (see video), Tennyson's poems, and several pages from Marva Collins' Way, which we are reading parts of both for Black History Month and for some character building/academic inspiration. 9:20 a.m.: Crayons do math and Bible Geography with Mom. Ponytails work on independent math and other work.9:50 a.m.: French: We are supposed to be reading from Les Insectes, but the book has temporarily disappeared so we may have to do something else. Also: French Bible copywork.10:10 a.m.: Crayons take a break, Ponytails work with Mom.10:30 a.m.: Ponytails take a break, Crayons do English with Mom. Review the parts of speech, and read two pages about how to make the most of watching educational "T.V. specials." Which shows how old that book is.10:50 a.m.: "Educational T.V. Special." To be decided...we were going to watch a Christian dinosaur video that Mama Squirrel picked up from a freebie box, but after checking it out online it appears that there were issues with this movie, so we will choose something else.Lunchtime: Ponytails work with Dad.1 p.m.: Crayons do geometry (from Math Mammoth Grade 4) and finish a chapter from George Washington's World. Ponytails finish independent work and do any needed work with Mom.2 p.m.: Group reading from Bulfinch's Age of Fable. Homemaking lesson: read several pages from the Food chapter in Hidden Art of Homemaking, and do some baking together.3 p.m.: Teatime.

Posted by Mama Squirrel at Thursday, February 04, 2021 No comments:

Wednesday Hodgepodge: Over and Over

1. Feb 2nd is Groundhog Day in the US of A. Tell us about one day you wouldn't mind living over again, and why you chose that day.
The temptation is to choose a "perfect day," one where nothing went wrong, a day when the weather was great and nothing bad happened in the whole world. If you think about the premise of the movie, though, the point was that the things that happened to Bill Murray...over and over and over...were more like challenges to overcome. Maybe the day chosen to live over again should be one where you made a choice you've regretted ever since. Maybe just a small one, as small as not phoning someone; or signing up for the easier math instead of risking a university-prep course; or not trying hot peppers on pizza. Because you never know, it might have been your favourite.
But I think I'd go a different direction, if I had a choice. Recently I was thinking about a rainy weekend at a rented cottage, when I was about four, sitting at an oil-cloth-covered table with my grandmother. I had brought along a set of paper dolls, not the teenage fashion-model type, but (as I recall) sort of a large baby doll, along with a smaller "mini-me" version. The paper doll book must have provided some clothes, but Grandma decided to extend the possibilities by cutting outfits for them out of colourful magazine pages, first for the big doll, then matching outfits for the little one. I kept those dolls and clothes for years afterwards, out of memory for the time that we spent together making them. If I could, I'd go back and spend another few hours making paper-doll clothes with Grandma while the rain fell outside.
2. Something you know beyond a 'shadow of a doubt'?
That there is no shadow of turning with Thee.
3. Give us an example of history repeating itself in some way, in your own life or the lives of your children.
Our own Groundhog's Day movie, so to speak?
Well, we've had offspring get part-time jobs at the same places my husband worked when he was younger; and right now one of them lives about a block from the student house where I lived when I first moved here. There are probably other things, but I can't think of them right now.
4. Snowed under, snow job, not a snowball's chance, snowbird, on thin ice, snug as a bug in a rug, tip of the iceberg, snowball effect, run hot and cold....choose a wintry idiom and tell us how it best applies to your life right now.
Laura Ingalls Wilder, The Long Winter. Except we have food.
5. Random thoughts:
The giant-mart store here has already replaced its don't-fall-on-the-snow-salt and shovels with spring barbecue and garden items.
This is Ontario, people. We get snow here in February. March. Usually April. Sometimes even May.
Think about it.
Linked from The Wednesday Hodgepodge at From This Side of the Pond.
Posted by Mama Squirrel at Wednesday, February 03, 2021 3 comments: