Breaking Records with the Wednesday Hodgepodge

1. Volume 478. Sounds like a lot. Where were you in 1978? If you weren't born where were you in 2008?
1978? The first half of the year, I would have been in sixth grade, the end of elementary school. The little kids of just the year before were suddenly listening to News of the World and banging out "We Will Rock You" on their desks. Wearing polyester school clothes from Sears was bad; The Incredible Hulk, Charlie's Angels, and Mork and Mindy were cool (i.e. on your lunchbox). Playing truth or dare at a sleepover was cool, bringing your Barbies or your Nancy Drew books, not so much...although the Hardy Boys were an in-thing, especially Shaun Cassidy. Going to see Grease as many times as your parents would let you was cool. Buying the double album and knowing all the words to the songs, very cool. But most of us were still "good kids," still attached to our families in spite of rattier clothes, more makeup, and louder music. (Mine wasn't much louder. I had Andy Gibb's Flowing Rivers and John Travolta's solo album.)
And then the summer was over and we moved into middle school, with lockers and split gym classes and all the drama. I felt like I had been thrown into a blender with a pile of Judy Blume novels (and maybe a frog or two as well). So typical, I guess, but there's always enough seventh grade angst to go around.

2. Raise your hand if you remember records playing at a speed of 78 rpm? What's a topic that when it comes up you 'sound like a broken record'?

What am I a broken record on? Probably everything since 1978.

3. What's the last thing you recorded in some way?

Verbally? Besides a voice mail to somebody? I guess that would count. Maybe a couple of podcasts I spoke on. 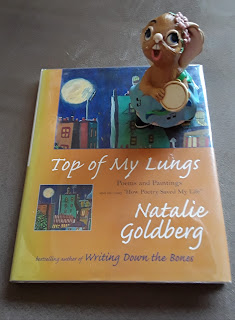 Pendelfin bunny and book from an antiques market

4. Thursday is the first day of fall (in the northern hemisphere). How do you feel about the changing seasons? Something you're looking forward to this fall?

Although things seem to be getting back to "normal" in most ways, the sense of time being kind of mushy over the past two-plus years hasn't entirely gone away, and sometimes the seasons scoot past too quickly, waving from their 1978 roller skates. Fall is good, pumpkins and leaves and blue October skies are nice, but snow comes behind all that. 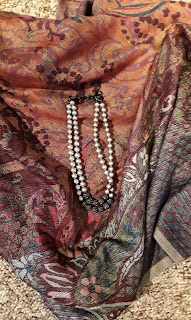 5. In what way (or ways) are you like the apple that didn't 'fall far from the tree'?

Not sure right now.

But here's a poem by Denise Levertov that seems to fit the question. 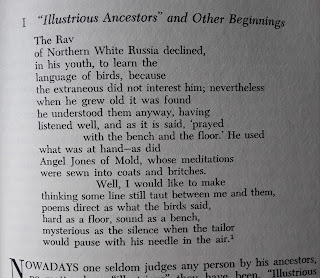 My bread sometimes turns out somewhat random-looking, but it tastes all right. 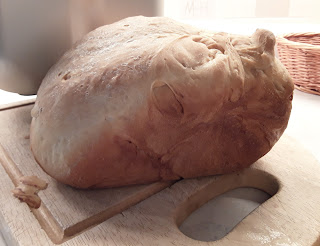 I pulled the bread maker out of storage a few weeks ago and I keep seeing people talk about making bread. I'm thinking I may try making some real soon.

Thanks for stopping by! We often use our bread machine for pizza dough,

(Since I inexplicably ended that with a comma)

But this was a loaf of 'deluxe white," which basically ,eans "includes milk but not egg."

Well the bread looks pretty good to me! Pass the butter : )

Enjoyed your answers...you're just a bit older than me. I remember all those things you mentioned on #1...loved Hardy boys and had a crush on Shaun Cassidy. My philosophy on food is "it doesn't have to be pretty as long as it tastes good"