What's happening around the Treehouse

We are still settling into some new routines.

Mr. Fixit has been finding things to fix.

The Apprentice is taking a night course at the university, but she's here most of the time otherwise because she doesn't yet have a summer job. (Jobs are generally hard to find right now, and even hairstyling jobs are a bit tricky when you have to quit in September.)

Ponytails got an excellent half-semester report card.  Her English class is just about finished reading The Hunger Games and will be moving on to A Midsummer Night's Dream.  Some of the grade nines are apparently not looking forward much to Shakespeare.  One student reportedly said, "Who's that?"

Crayons/Dollygirl and I read a scene from The Tempest, a chapter about how inventions are inspired, some of Orphan at My Door, and a chapter from Robin Hood. She also did some multiplication, some copywork, and we tried to see if we could stump Mr. Fixit on Ontario map questions. (What is the large lake southeast of Georgian Bay? If you go south from that lake to Lake Ontario, what Canadian city are you in?) 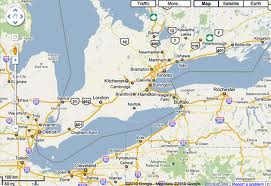 In the oven:  a pan of  Brownies for a Crowd.  Planned for supper:  fish and tortellini.  Weather: the sky looks like it's about to break open any time.

Coming up later this week:  something involving the number eleven.  Here's a hint.

Tell Dollygirl that 11 is Shmoo's favourite number (though she may already know that)!

My hubby also has a vintage radio project going on and we may be picking up another vintage radio later. The old radios are so much prettier than the modern ones.

Hi Anonymous and Shmoo! We have to get together soon!

Hi Birdie, nice to hear from you too! Did you see the post about Mr. Fixit's Tombstone?

From Hunger Games to Midsummer Night's Dream? That's a bit of the sublime to the ridiculous! Who scheduled that one?