Sometimes I make stuff...out of other stuff (free tablet cover)

About five autumns ago, I went to a rummage sale and bought some blue-striped fabric. (It's under the red candles in the photo.) 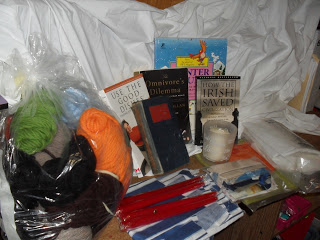 I made it into a recipe binder cover. 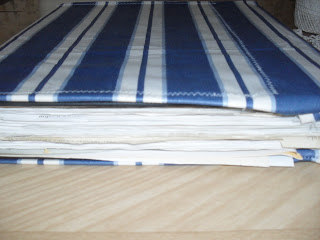 But after I had washed the cover a couple of times (recipe binders get floury), I had a feeling it was shrinking a bit. 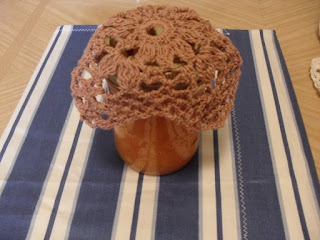 And since the binder was wearing out and the cover was shrinking (I think), I decided to remake it into a tablet cover. 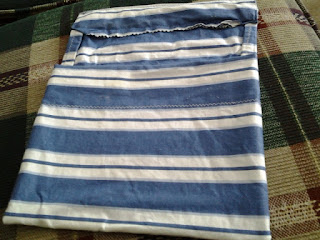 It only took a couple of seams to give it the shape of an envelope. 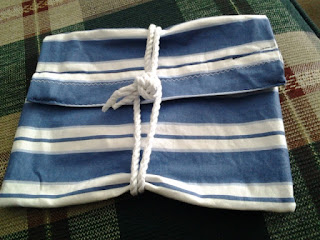 I didn't add any fastening, but I had a piece of white cord that had come off something else. I doubled it, tied a knot in one end, and it slips over the case.
That's all!
Posted by Mama Squirrel at Saturday, February 27, 2016