Frugal Finds and Fixes: When summer kicks in

The Big Picture: Mr. Fixit is our Treehouse money watcher. His report is that moving to this apartment was a good financial choice. Our electric bill is lower, the water bill is included in the rent, and we don't have to plan for a new furnace. 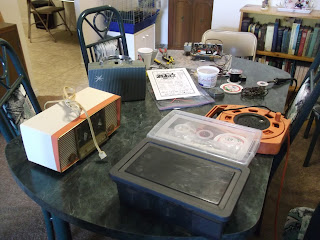 The dining table can also be a workbench.

Food, not always very frugal but staying even: We have less money "invested" in food now, because we have less storage space for it. On the negative side, I would say that, as a smaller family with members who have various eating habits, we waste more food than we did when five people all ate the same dinner at the same time. (A big pot of soup is not always practical.) We still try to eat up leftovers for lunch, and we try to pick out the on-sale thing if possible.

Media and entertainment: Radio, library DVD's, and whatever incarnation of television Mr. Fixit is trying out. That's been mostly Netflix for the last while. I find it funny when one of my moved-out daughters says, "I just watched an old movie on Netflix," and it's the same one we watched. Which isn't really a coincidence, since I guess everyone out there gets the same new additions.

Critter entertainment: Muffin has been cavorting with shapes folded out of newspaper. He likes the old paper cup/paper hat thing (the same shape I was using to line the compost pail), because he can a) hide under it b) walk across the floor under it and think that nobody can see him, and c) chew a hole in the side and peek out when he gets bored with that. 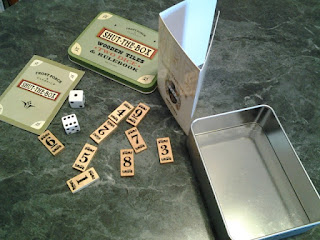 One local church always has a rummage sale on Canada Day, and we usually go. This year I paid a total of fifty cents for two things: a package of tiny candles (hard to find!) for our Christmas angel-chimes decoration, and a game in a tin called Shut the Box. It was missing its dice, but that was no problem.

The only trouble with the candle for the angel chimes is that I can't quite remember if they made the cut when we downsized and packed to move. We had a big pile of "maybes," and I'm not sure if the chime went into the bins or to the thrift store (possibly for lack of candles). I'm not hauling out the bins to check, so I guess we'll find out at Christmas.

In any case, I have a little pack of candles for a quarter. And a game that we played several times over the weekend. 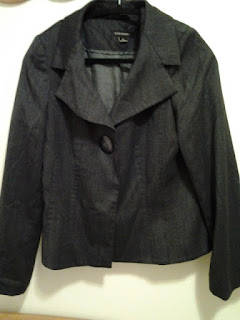 Thrifted grey blazer for the fall. Less than ten dollars, unless you add in the wound to my pride by the cashier. (I'm not a senior citizen yet). 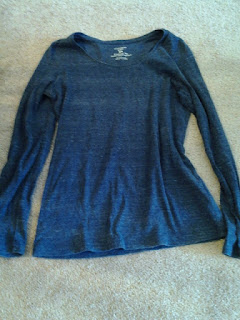 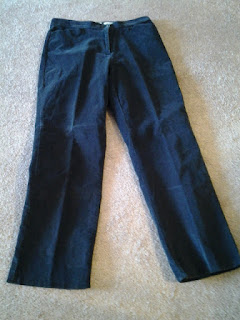 Like-new grey corduroy pants for fall. Best find of the week at $2.

This and that: Half price flower baskets from Walmart. We bought two for the balcony. 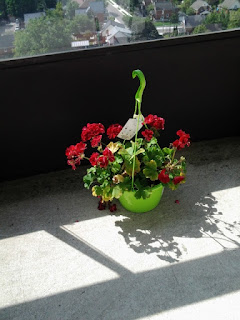 Email ThisBlogThis!Share to TwitterShare to FacebookShare to Pinterest
Labels: Frugal Finds and Fixes