1. July 5th is National Hawaii Day...have you ever been to Hawaii? Any desire to visit or make a return trip? Pineapple, mango, or guava...what's your pleasure?
Have never been, no plans to go, but we just started watching some vintage Hawaii 5-0 DVDs. 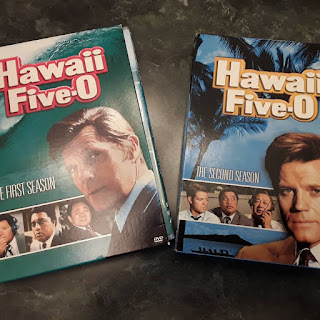 2. Last time you were 'thrown in at the deep end'? Explain.

As in unfamiliar, uncomfortable, sink or swim? I have one of those coming up: a virtual meeting with (hopefully) friendly but mostly unfamiliar people, and I haven't been told much yet about what to expect. I am not exactly what Jan Karon calls She-who-loves-surprises, so I'm hoping some of it gets clarified before I have to take a deep breath and press "join."

3. Sun, sea, sand, salt...your favorite when it comes to summer?

Right now we are settling for the nearby manmade lake. 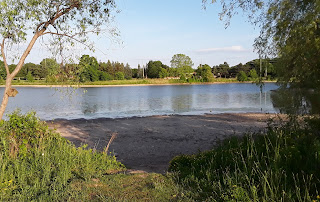 4. Bury your head in the sand, the sands of time, draw a line in the sand, pound sand, shifting sands...pick one and tell us how the phrase currently relates to your life in some way.

Sands of time = sanding and waxing time. We recently found two antique oak chairs at a flea market, and we've been working to restore them. 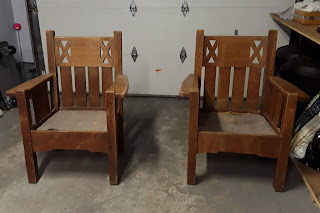 The vendors had put cushions on the chairs to display them, but they didn't include them in the sale. Underneath the cushions were very old, sagging seats made of canvas webbing, which Mr. Fixit pulled out (there were a lot of nails!) We bought a piece of plywood, and cut two seat-shaped pieces to replace the canvas. 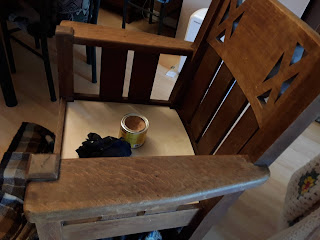 We gave the chairs a coat of natural-coloured Minwax, and then bought a can of oak-coloured for the next coat. They will get another wax touchup in a few days.

This is a good time of year to look for chair cushions, because there is so much patio furniture still in the stores. We didn't want something that looked too outdoorsy, but we did consider outdoor cushions because the chairs are a similar size to some patio chairs. 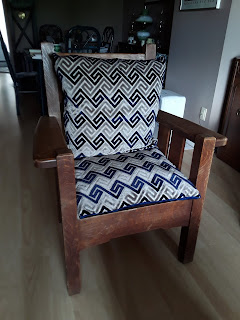 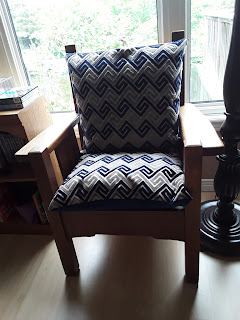 However, we then got lucky at the local Homesense: these four feather-filled, made-in-England pillows were on clearance. Actually three of them were on the clearance rack, and then we found the fourth with the regular-priced pillows, so we asked if we could get the same discount for it, and they agreed. It never hurts to ask!

So now we have our Papa Bear and Mama Bear chairs in the living room.

Not even going to land, just going to fly by that one.

Since our last Hodgepodge, we've celebrated Canada Day and our thirtieth wedding anniversary. And some other things I can't quite remember. Maybe I was burying my head in the sand. 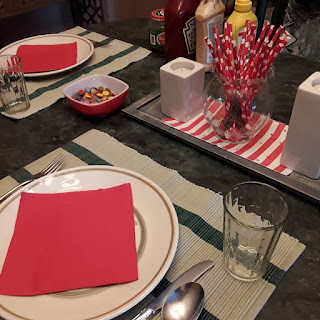 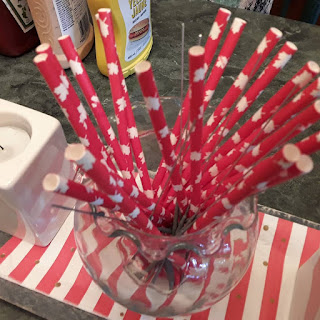 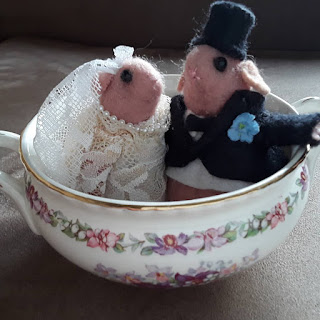 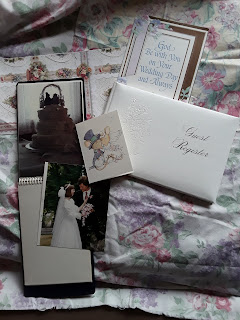 Linked from The Wednesday Hodgepodge at From This Side of the Pond.
Posted by Mama Squirrel at Wednesday, July 07, 2021

y'all did a great job on the chairs and I love those cushions!

Congrats on 30 years! Love those chairs and you did a great job adding the cushions. I used to watch Hawaii-5-0 way back when. Enjoy.