Which edition and/or translation of Plutarch's Lives is the best?

Charlotte Mason voted for North's translation-of-a-translation, in this (Blackie) edition and this (Cambridge University Press) edition (Google Books preview.  Google Books has it labelled wrong: it says it's Dryden/Clough, but it's not, it's selected Lives translated by North and edited by P. Giles.)  (Actually, with the Blackie edition--I think they may have even bought the individual Lives each term, as in this one.  It seems to make sense, especially since the Programmes state that the books cost only a shilling each.)

* * * * * * * * * * * * *
UPDATE ON THAT:  I figured it out, based on the few Programmes that we do have online.  It's even simpler than it first appeared.  After I saw that Brutus and Coriolanus booklet, I couldn't figure out why there weren't more--once you start looking for the Picture Study booklets, for example, they're all over the place, terms and terms of them.  But the only other individual Blackie title I found was Julius Caesar.  And the other funny thing is that the P. Giles book only contains a few Lives:  Timoleon, Paulus Aemilius, Agis and Cleomenes, Tiberius and Caius Gracchi.  That's it.

Dryden:
But the Carthaginians who were left in Rhegium perceiving, when the assembly was dissolved, that Timoleon had given them the go-by, were not a little vexed to see themselves out-witted, much to the amusement of the Rhegians, who could not but smile to find Phoenicians complain of being cheated.

Loeb Classical Library, 1920, by Bernadotte Perrin:
But the Carthaginians in Rhegium, after Timoleon had put to sea and the assembly had been dissolved, were indignant, and in their discomfiture afforded amusement to the Rhegians, seeing that, though Phoenicians, they were not pleased with what was effected by deceit.

North:
But the captains of the Carthaginians, that were in Rhegium, when they knew that Timoleon was under sail and gone, after that the assembly of the Council was broken up, they were ready to eat their fingers for spite to see themselves thus finely mocked and deceived. 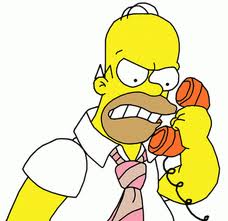 i use the north's version that's available online... i like it. i even have reading sections that correspond to the study guides for several if that's helpful to you ever. ;)

i know nothing about blackie... i'm always amazed at your detective work!

After I read Mason's different reasons for using North, that's what I use, also. I kept coming across her occasional remark about the way he put things, the way he turned a phrase, etc. Your comparison illustrates that well.

From joy to joy,
Nancy