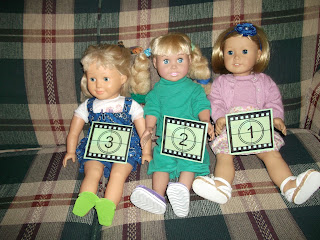 So how is that possibly Charlotte Mason?  What did she do at the middle-school level for science? Maybe I should just hand Dollygirl the book and tell her to have at it.  Or give her a stack of colourful library books instead.  Or send her outside to play and never mind science; she's only starting seventh grade.

When homeschool plans get too complicated, we go back and look at the Parent's Union School Programmes.

Out of twenty separate term programmes, before and after Charlotte's death, more or less consecutive but with a few skips where I hadn't downloaded every one, I found that one book appeared eighteen times.  I think it's safe to say that it was the backbone of the Form III Natural History / Botany course.  The book? The Study of Plant Life, by H.C. Stopes.  Plant growth, parts of plants, types of plants, places where plants grow.  Every. Single. Term. (almost).  And if you think that covered it and that the Form IV's would move on to chemistry or something, no, they weren't off the hook: when you moved up to Form IV (around Grade 9), you got to take on Fritsch's book on plants.

What were the other big repeats for Form III?

The Fairy-Land of Science, by Arabella Buckley, 14 times
Winners in Life's Race, or, The Great Back-Boned Family, by Arabella Buckley, 13
Architecture as Shown to the Children, 10 (which isn't really a science book at all)
Our Wonderful Universe, by A. Giberne, 8
The World of Sound, by Sir William Bragg, 3
Ruskin's Ethics of the Dust,3
Geikie's Physical Geography, 3 (it was used at other times as part of the geography course)
First Year of Scientific Knowledge, by Paul Bert, 3 (this was usually a Form IV book)
Tommy Smith’s Birds, 2
A Voyage in Space, by H.H. Turner, 2
Health Reader from Form IV, an alternative book for students not going on to Form IV, I think twice.

Most terms had two books under Natural History / Botany, and two under General Science.  Nature notebooks and special nature studies (with field guides and books about personal rambles and so on) were also mentioned every term.

What topics would Charlotte Mason’s middle-school students have covered over a couple of years of science?

The Fairy-land of Science covers topics such as light, the atmosphere, the water cycle, the formation of crystals, magnets, snowflakes, ice and other precipitation, glaciers, how rivers and other bodies of water alter the land, soundwaves, how ears work, sounds in nature, the life of a primrose (basic study of plant growth), where coal comes from, and two chapters about bees and pollination.

Winners in Life’s Race is an 1882 book about the supposed God-designed evolution of different types of animals.  Sample chapters: “How the Quaint Old Fishes of Ancient Times Have Lived on Into Our Day.”  “How the Backboned Animals Pass from Water-Breathing to Air-Breathing, and Find Their Way Out Upon the Land.” “The Feathered Conquerors of the Air.” “The Large Milk-Givers Which Have Conquered the World By Strength and Intelligence.” “How the Backboned Animals Have Returned to the Water, and Large Milk-Givers Imitate the Fish.”  Illustrations include “Ideal restoration of Pierygotus, the huge extinct sea-scorpion nine feet long …”; “Reptiles of the Cretaceous Period”; “Archaeopteryx, the lizard-tailed land-bird with teeth“; “Scene in the Triassic Period, with small Marsupials Microlestes…”; “Man as he lived in caves after the Glacial Period, among animals of species many of them now extinct …”.  (A contemporary equivalent for Christian families might be a study of zoology that discusses the different beliefs about how animals got to be as they are.)

Astronomy? Sample chapters include “Heavenly Bodies,” “How to Know the Stars,” “What the Moon is Really Like,” descriptions of the various planets, distances and measurement in space, what the sun is like.

Does that mean that Charlotte's students never ever studied Newton's Laws, chemistry, or any topic that doesn't appear in this list? No, if they had come through the earlier forms, they would have read The Sciences; and if they went on, they would have gotten into Scientific Knowledge. Form III appears to be a kind of oasis between those years.

Over and over again: astronomy, plant life, a kind of heavily-evolutionary look at zoology, and the Fairy-Land book which seems to have the theme of the forces that give life, tracing the effects of light, for example, through prehistoric plant life (leading to the formation of coal). And obviously, there were no charts, no detailed schedules for the teacher to follow.  I'm thinking that classroom teachers might have found it useful to have the days planned out ahead of time, even if home teachers were more spontaneous.  Sometimes, I think, teachers were expected to do a bit more than just follow the book, for instance in this lesson from Buckley's Life and Her Children.


What does that mean for us now?  To go back to my original questions, is there something wrong with having one main book for the term, rather than bits of four?  (I'm leaving nature notebooks etc. out of the equation).

Is it more important that our kids learn "to like science," as Ruth Beechick said, and that we provide the mind-food for their delectation but that we don't worry too much about how many plates it's served on? How do we balance "permission to be serious" with not turning science and nature study into a grind? I started with questions, I'm ending with questions. What do you think?
Posted by Mama Squirrel at Friday, August 16, 2013

I think the important things to CM were observational sciences - things that help us to see. This philosophy pervades her work. Botany first - it is nature study as a science - so that isn't surprising. Then geology, astronomy and ahem architecture. They're teaching kids to see. The other sciences, to me, were just for the sake of completeness - a liberal science education, as it were. I do not think that she would have approved of vocabulary lists for science, but I do think that having a child learn the language of science through reading would be much more her thing.

Yes, I like that connection between the "things that help us to see." Something to keep in mind whatever subject we're doing!

I guess we'll just have to wait and see how the vocabulary etc. works out this term. I don't remember it really being too onerous when our Apprentice used General Science.

Is there a list of more modern living science books somewhere? I'd love to read some for myself. Especially geology & botany. But being a non-science person, I get nervous with older books because I don't know what has changed.

Amy, I wish I could give you a short, simple answer, but I can't. My personal take is that botany has changed less, or is less controversial, than geology--but Jeanne has been looking into the Stopes book as well as other botany books, so she may have something to say about that one.

The geology Dollygirl is doing this year will be the chapters from Apologia General Science (a Creationist perspective), supplemented (I'm hoping) with some trips to a local earth sciences museum and to rock shows. Dollygirl's sister The Apprentice is kind of a rock fiend (that might have started the year SHE did General Science), so I'm hoping she can help us out a bit too. Sorry that does not help you in the least with your question--just say that, yes, I am always looking too for good science books, and I'm interested to hear about others' finds.

Did you realise that MC Stopes is *this* Marie Stope? I was most surprised!

I even share a nursery rhyme with her, it seems.