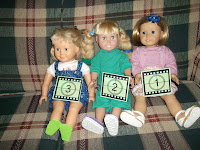 "Section III: The Knowledge of the Universe:  Science and Geography; Mathematics; Physical Development and Handicrafts"   ~~ Charlotte Mason, Toward a Philosophy of Education

The question for today:  what are "handicrafts" doing in Charlotte Mason's "Knowledge of the Universe" section?  Shouldn't they be listed with the humanities subjects, "Knowledge of Man?"  There's little explanation given in that part of Volume 6; it comes later on, when she's discussing adult education.


"Again we know that the human hand is a wonderful and exquisite instrument to be used in a hundred movements exacting delicacy, direction and force; every such movement is a cause of joy as it leads to the pleasure of execution and the triumph of success. We begin to understand this and make some efforts to train the young in the deft handling of tools and the practice of handicrafts. Some day perhaps, we shall see apprenticeship to trades revived and good and beautiful work enforced. In so far, we are laying ourselves out to secure that each shall "live his life"; and that, not at his neighbor's expense; because, so wonderful is the economy of the world that when a man really lives his life he benefits his neighbor as well as himself; we all thrive in the well being of each."  ~~ Charlotte Mason, Philosophy of Education (page 328)

Those of us of the feminine persuasion live in a post-Millennial crafty age.  (I'm not saying we all participate in it, it's just one of our "zeitgeists.") Some men too, but you have to admit that the Etsy decorating-crafting-vintage world is, by and large, an aqua-coloured, ball-fringe-trimmed feminine preserve.  With a juvenile subsection made up of coloured foam and plastic google eyes.

That wasn't really what Charlotte Mason meant by handicrafts, at least not as they should be included in a child's education.  At the least, she was decidedly in favour of natural materials:  pottery, baskets, needlework, rugs, and work in wood and leather (topics from a crafting book recommended for the oldest PUS girls).  A little more towards the "green" end, or, for homeschoolers, maybe saluting the Waldorfers' love of beeswax and wool felt.

But "crafting" and "having a craft" is traditionally about even more than having fun or making something pretty, as the quote from Philosophy of Education shows.  I just finished reading Charles Kingsley's 1850 novel Alton Locke, which is about tailors, sweatshops, and bad political and economic systems.  Near the end of the book, after he's failed miserably at trying to save the world through political agitation, Alton hears about a Christian woman who, when she was widowed at a young age, set up a house for some of her "fallen sisters" and helped them sell their own work for fair prices instead of the tiny amounts they had earned by doing piecework.  A crafts co-operative, in other words.  Fair trade on a small scale.  Everybody benefits.

Which has a lot to do with the kind of community-based, small-is-beautiful economy that Wendell Berry eulogizes in his novels (Jayber Crow, Hannah Coulter) and his essays.


""When the children got old enough to quit school, if they wanted to quit, they were allowed to do as their father had done....Every one of them seemed to have a perfect faith in the education they got ouside of school, which they didn't even call 'education.' Out of school, they learned what they evidently thought they needed most to know: to keep house, to raise a garden or a crop, to care for livestock, to break a mule or shoe one, to fix a motor and almost anything else, to hunt, fish, trap, preserve a hide, hive a swarm, cook or preserve anything edible, and to take pleasure in such things. To learn things they didn't know, they asked somebody or they read books....When they need to, they do a little custom work on the side, they trade and contrive and make do, getting by and prospering both at once. It doesn't seem to bother them that while they are making crops and meat and timber, other people are making only money...."  ~~ Wendell Berry, Hannah Coulter

"[Danny] would follow Burley for hours, hunting or rambling in the woods, Burley saying almost nothing, Danny nothing at all. Danny grew up with the knowledge of the old economy of the natural world that, for nothing and for pleasure, yielded in its seasons game and fish and nuts and berries and herbs and marketable pelts....you might say that Danny....gathered the woods and waters into his homelife as a robin gathers mud and straw into her nest." ~~ Hannah Coulter

Mud and straw bring us back to pottery and basket weaving.  Back to The Hidden Art of Homemaking.  Making your small world more beautiful, by using what's in your world.  Encouraging others to do the same. Politics and economics as seen in a walnut shell...or a spinning wheel. 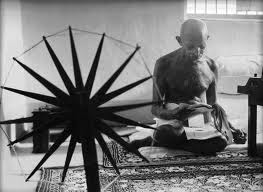 And that's why handicrafts are part of our Knowledge of the Universe.

Where in the World? and an old man who made bowls
What's a Japanese curtain?
The PUS Smyrna rugs were just latch hooking
Links to old PUS handicraft books (scroll down)
Parent's Review discusses Clay Modelling
Scrapbooking, expensive hobbies, and doing it for less