Wednesday Hodgepodge: Your flag, my flag

1. The Hodgepodge lands on June 14th this week, Flag Day in the US of A. Do you fly your country's flag at home? Sometimes, often, or every single day? Have you ever visited the city of Brotherly Love (Philadelphia)? Did you make a point of seeing The Betsy Ross House? Have you ever made a trip to Baltimore? If so, was Fort McHenry on your itinerary? (where Francis Scott Key was inspired to write The Star Spangled Banner)

I have never been to any of those places. I did go to Walt Disney World during the Bicentennial.

(There is some extreme political incorrectness in "America on Parade": you've been warned.)

2. Red flag or white flag? Which have you encountered most recently? Explain.

I take it you don't mean the Maple Leaf on the Canadian flag? 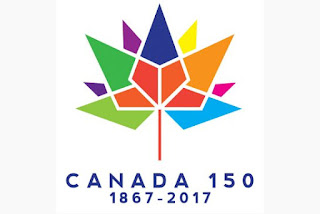 Neither, really, that I can think of.

Someone who likes to see things through to the finish, not leave loose ends? Or just someone who's compulsive about listening to the ends of songs?

Do I stay in the car listening to the ends of songs? I don't listen to songs in the car, so I can't say. I remember a couple of times when I was much younger, asking my mom to drive around the block again so we could hear the rest of the latest top 40 song on the radio. But that was before you could easily click the button and listen to anything you wanted, when you wanted it.

4. What are some of the traits or qualities you think a good dad possesses? In other words, what makes a good dad? What's an expression you associate with your father?

To answer the last question first, "that's a lulu." If it's not a lulu, it might be a humdinger.

Finding the balance between protecting kids and letting them try their wings is something all good dads have to figure out.

My kids would also assume that any good dad should know how to hook up a stereo.

5. What's one rule you always disagreed with while growing up? Is that rule somehow still part of your adult life? Is that a good or bad thing?

I have told this story before, but here goes. At my very first school, we were marched down to the school library once a week and told to choose a book. The books were arranged by height: first grade books on the bottom shelves, and so on up to fifth or sixth grade. The first day of library time, I spurned the picture books on the bottom, and climbed my little jumpered self up to a higher literary plane, only to be hauled back down again by the book police, I mean librarian. To her credit, it did turn out okay, even after she ratted me out to the teacher, because on later visits she would pick out special books I might like. But why just for me? Maybe other first-graders would have liked to choose from those books too. The very bad idea of books labelled only for this or that grade or age stuck with me forever, and when I had my own kids, I tried not to say "you are too young or too old." That is why we had four-year-olds talking about "deadly faints" and "gallant ships," and listening to that famous composition "Tchaikovsky's Cannibal."

Another little transition about to happen here: Lydia is in her last week of tenth grade (except for exams), and she is hoping to hear back about a summer job. The hazy days of summer await us.

Linķed from The Grand Old Wednesday Hodgepodge at From This Side of the Pond.
Posted by Mama Squirrel at Wednesday, June 14, 2017