Given the constraints on thrifting recently (e.g.  unpredictable store hours, no change rooms, no yard sales or rummage sales, the consignment store has closed forever), we have still been doing all right. Mr. Fixit has found a few things to restore, and we also bought a small bookcase for the living room. We used to have a floor radio in that space, but since it got sold awhile back, Mr. Fixit suggested that a bookcase would work well there. Mama Squirrel did not complain about that idea, and recently we did find a nice one. 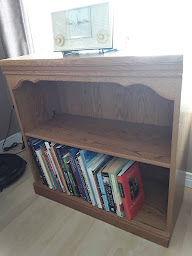 It is, obviously, riskier to buy clothes when you have no way of trying them on first. However, it's not the clothes I have had a problem with recently, it's the books: the few I've bought were just not what I expected. Well, one of the tank tops from a previous trip did have several small holes in it that I did not notice until later. (Saving it for pajama wear.) But overall, I think I've been lucky.

Blue jersey wrap top or cardigan. It's a brighter blue than this (something like the tank top shown in the next photo), but the lighting was poor. 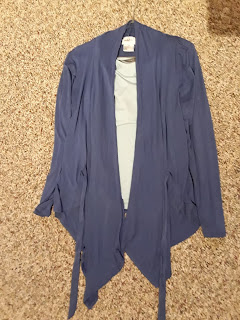 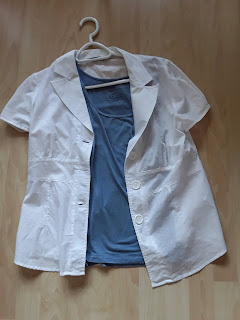 Striped summer pants. The hems are unfinished, but I think that's the way they're supposed to be. I've been wearing them with the white shirt. 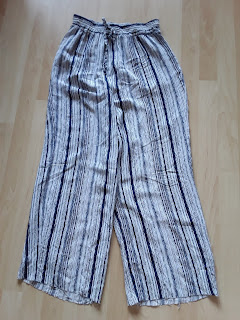 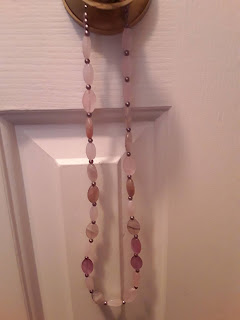 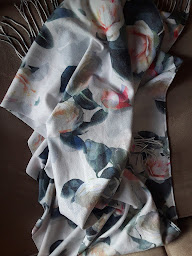 And for our house: a painted round bowl I'm using as a candle holder, and two packages of round candles that came up at the very next stop. 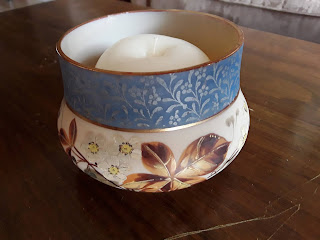 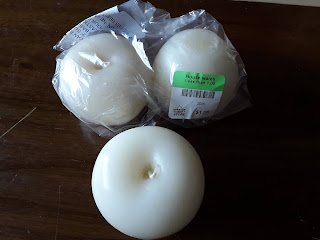