With an end-of-March wet snow still blowing down this afternoon, we could use a bit of cheerful frugality around here. Sometimes that sounds like an oxymoron, when frugality seems to equal doing without and saying No. 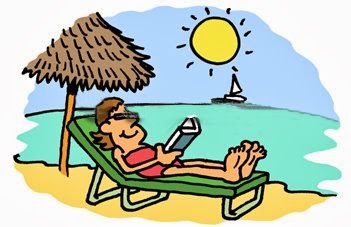 Hey, well, we can dream.

On the positive side, we ended up (after almost a week of no Internet and almost no phone) with things back to normal and actually a better connection than we had before.    Plus one free doughnut won during a Wifi stop at Tim Horton's.

Mr. Fixit installed a couple of extra clotheslines in the garage to take the laundry overflow.  We unplugged the dryer altogether to save money and energy.  We also unplugged a small extra fridge downstairs that was mostly used to store cold drinks.

Mama Squirrel has been able to feed her since-Christmas crossword addiction with not only the really-quite-easy daily puzzle in the paper but with two extras that come on Saturday, including a fiendish New York Times crossword.  (She can't imagine how many Saturday papers with NYT puzzles she put out for recycling before noticing this.)  That definitely beats putting out $8 on a puzzle magazine.

Mama Squirrel also said "no, nyet, nein" to a $12 flea market style magazine.  On the next library trip I will have a look to see if they have back issues to borrow.  Because the new ones are fun, but they really don't change all that much over a year or two.

Mr. Fixit went to a used-CD shop that also sells DVDs, and they were clearing out a lot of their DVD sets. Believe it or not, they're out of date now.  So he picked up a few seasons of old sitcoms for crazy-cheap prices. If you have a store like that near you and you still watch DVDs, you might want to check for similar clearout deals. (We have also found good deals at places like Wal-Mart and Giant Tiger, but nothing like those prices.)

Mama Squirrel used an online recipe to make a big container of instant oatmeal.  I used quick oats and ran it through the Ninja for a few seconds, but you do have to be careful not to get carried away.  I got it  too fine at first, and had to add in some extra (unpowdered) oats for texture.

That's all I can think of for this week.  I am now going upstairs to make a cheerfully frugal dinner.
Posted by Mama Squirrel at Thursday, March 27, 2014