From the archives: Charlotte Mason works, because it just does

First posted March 2013, as a conclusion to the study of Philosophy of Education by Charlotte Mason.

The last chapters of Volume Six are a) rambling, b) written for the public rather than homeschooling parents or PNEU teachers, and c) slightly out of alignment with the rest of the book because some of it ("The Basis of National Strength") had been published ten years before.  However, much of it is still relevant; in fact, very much so, since public education is such a hot topic. Charlotte looks at trends in education--good and bad--as they had affected whole nations:  a push for education in Prussia that got out of hand and ended in a utilitarian disaster, compared with cheerful-sounding adult schooling in Denmark that aimed at "a brand new world of readers." "Faced with infinite possibilities on either hand," which way would the nation's schools go?

"I do not hesitate to say that the constantly recurring misery of our age, 'Labour Unrest,' is to be laid at the door, not of the working man, but of the nation which has not troubled itself to consider the natural hunger of mind and the manner of meat such hunger demands."  ~~Charlotte Mason, "The Scope of Continuation Schools," Towards a Philosophy of Education 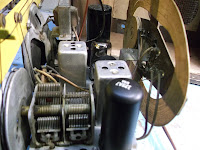 And if you have Philosophy of Education handy, check out pages 290-291, where Charlotte unfolds a secret of education.


"[They will say that] extensive reading is a 'good idea which we have all tried more or less' and that free narration "is a good plan in which there is nothing new.' It is true that we all read and that narration is as natural as breathing, its value depending solely upon what is narrated. What we have perhaps failed to discover hitherto is the immense hunger for knowledge (curiosity) existing in everyone and the immeasurable power of attention with which everyone is endowed; that everyone likes knowledge best in a literary form; that the knowledge should be exceedingly various concerning many things on which the mind of man reflects; but that knowledge is acquired only by what we may call 'the act of knowing,' which is both encouraged and tested by narration, and which further requires the later test and record afforded by examinations. This is nothing new, you will say, and possibly no natural law in action appears extraordinarily new; we take flying already as a matter of course; but though there is nothing surprising in the action of natural laws, the results are exceedingly surprising, and to that test we willingly submit these methods." 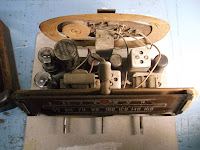 In other words:  yes, reading and narration are natural, that's why they work!  "Possibly no natural law in action appears extraordinarily new."  Why should we be amazed if we put the right pieces together and they actually work?  That is not to say that learning is a mechanical process--fit this here, solder this here and you'll have an educated child--but only that this approach to education fits the realities of who we are and how we are made. 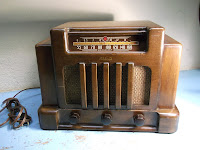 "As things are we shall have to see it that everybody gets fed; but our hope is that henceforth we shall bring up our young people with self-sustaining minds, as well as self-sustaining bodies, by a due ordering of the process of education.  We hope so to awaken and direct mind hunger that every man's mind will look after itself."  ~~"The Scope of Continuation Schools"