A Month with Charlotte Mason, Introduction 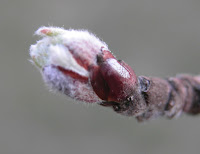 These are notes from the CM talk I did this weekend, called "A Leisurely Education." They've been edited and added to...I'm going to be posting these in bits and pieces starting today and throughout April. They're based mostly on Charlotte Mason's book Home Education, but you don't have to be reading the book to follow the notes.
Ten years or so ago, when our family first went online and also got serious about Charlotte Mason homeschooling, there were few third-party things, like how-to guides, to help explain what CM was about. In a way that was good, because if you wanted to know what it was about, you had to do a fair amount of reading for yourself. Now all you have to do is Google Charlotte Mason and you’ll get e-books, websites, paraphrases, Yahoo groups, and all kinds of other stuff to help explain, interpret, re-interpret, plan, apply, combine, record, staple, bend and fold CM in a very confusing lot of different ways. It's easy to get tangled up in the secondary stuff that has grown up around Charlotte Mason the educator and the methods that were used in her schools. That includes the Ambleside Online free curriculum project which I’ve been involved in for almost as long. It's an excellent curriculum that applies CM ideas very well; I think it’s done some great things to help homeschoolers take CM methods seriously and get some of the original CM books and articles online, getting away from the ideas about CM being all Victorian tea parties and nature walks that were common a decade ago; but this is about Charlotte Mason's ideas, not so much a look at AO. You need to understand the ideas before you can really use the curriculum.
Especially the whole question of what a “leisurely education” means, and how we can create that for ourselves. So in preparing for today, besides trying to determine the preferred pronunciation of “leisurely” (I'm going with short e), I’ve tried to focus mostly on one of Charlotte Mason’s own books, the first one she wrote in the 1880’s, Home Education. Her other books cover a lot of helpful and practical material, especially for those who have older children or who want to go even deeper into some of the educational and spiritual questions that she raises. Volume 3, School Education, has some very important thoughts about how we view authority, which is probably even more relevant now than it was then; but I think that the first book covers a lot of the basic principles that she expanded on in the later books.

So first of all let’s look at the idea of leisure. The Greek word for leisure, when I looked it up, is put into English letters as SKHOLE, which is also the root of our word school. If you look up the Latin word schola, you find out that, according to at least one online dictionary, it meant an alcove containing a tub in the public baths, or an alcove or space set aside for relaxation or conversation in a palaestra, which was a sports club. So school is meant to be a bubble bath? Or a talk in the locker room?
Well, no. Leisure in the schola sense did not mean Fred Flintstone in a backyard hammock, although Charlotte Mason did describe her methods as “reposeful.” It might be defined as having space and time for minds to meet. Lynn Bruce said back in October that leisure was “ceasing from anxiety and merely utilitarian preoccupations so that one can contemplate higher things, those pursuits without which we cannot be fully human.” (Sounds a bit like Mary and Martha.) If you noticed, she used a key word there, utilitarian. Utilitarianism is exactly the opposite of the kind of leisurely learning, thinking atmosphere we have in mind here. It focuses only on immediate usefulness. It’s why, according to Ruth Beechick, our public school curriculum got overloaded with science during the Cold War and the space race. It’s why the biggest reason for pushing high school and then college or university is so kids will make money when they graduate. Utilitarianism spends a lot of time worrying about being relevant. I think Northrop Frye hit it bang on when he said, “Education is a matter of developing the intellect and the imagination, which deal with reality, and reality is always irrelevant.”

You might think that an emphasis on education being relevant, practical and useful would be a good thing, but the problem is that the usefulness becomes less about what’s taught than the usefulness of the students to the system, the machine; we end up as numbers, or like the song, just another brick in the wall. As Lynn said, less than fully human. [Update: the Deputy Headmistress has some CM/David Hicks-inspired thoughts on utilitarianism, here.]
(More in the next post. #3 is here.)
Posted by Mama Squirrel at Sunday, March 28, 2010

LOVE your blog. I got here from Holy Experience, but have been here numerous times before. Just thought I'd actually stop and say hello this time ;)

Hi Amy! Thanks for posting! (Jamie too.)

I'm back! I'm thinking I would love to read this whole series you've done here! this is REALLY good! I think I must only have skimmed it the first time... or else it all went in one ear and out the other... or worse, perhaps it all went right over my head the first time! :) but now... I'm finding myself in need of some inspiration once again ;)

thanks!
amy in peru

Hi again, Amy! Always nice to hear from you.