Why education is not, not, not a checklist (Lydia's Grade Eight, Charlotte Mason, and what is learning about?)

Just another Mama Squirrel rant on the same old subject? Maybe. But some things need to be said as many times as it takes.

The province of Ontario has had a common-to-all-schools curriculum for about twenty years now. The guidelines for each grade, each subject area are available online. Some homeschoolers make use of them, some of the time. Occasionally they have been useful, for instance a few years ago when I was trying to get our Apprentice approved for grade 10 mathematics; I could see how far the grade 9 content went. When we created a few of our own high school courses (grade 10 Canadian history, grade 11 philosophy), I used the basic questions and themes of the courses, but chose our own materials and methods. So yes, sometimes it has been helpful, usually when an outside party (the public school) is involved.

But why would you want to base a whole education on something so nebulous? The outlines are either so general and vague that you don't have a clue as to what to do with them; or they are so super-comprehensive that, again, you don't even know where to start. It's like looking at a restaurant menu with too many options but nothing to eat. Paper pizza, if you like.

This past week, my eighth grader and I worked on a short section from How to Read a Book, which pertained not only to reading but to all communication: how do you say "I understand what you said, but I disagree," without prejudice or undue emotion, but with enough specific details to support your position? And how do you deal with the fact that some people will, no matter what, resent the fact that you're disagreeing, because nice people shouldn't be disagreeable? Adler points out the difference between disagreeing with someone (because they are underinformed, misinformed, or haven't analyzed the case logically or throughly enough) and just being contentious. How many adults do you know that don't seem ever to have learned this? But instead of making it a checkmarkable lesson, wouldn't it be simpler to say "every eighth grader should read and discuss (non-contentiously) chapter 11 of How to Read a Book?"

We read the first two chapters from C.S. Lewis's second Space Trilogy book, Perelandra (Voyage to Venus). The book begins with the narrator's walk from a train station to a friend's house, on an errand that he is anticipating about as much as a root canal. It's getting dark. He imagines voices, or are they imagined? Maybe he should just go back...and then he gets to the house, his friend isn't there, and in the darkness he falls over something like...a coffin. Is the hair standing up on your neck yet? Should we go on to the next chapter, or would you rather fill out a vocabulary worksheet, or do a lesson on Lewis's use of descriptive adjectives? No?

We read about a journey through Tanzania. We read about Jessica's elopement with Lorenzo, and the opening of the three caskets. We looked at Albrecht Dürer's series of self-portraits. What did it mean when he painted himself as a "dude?" Why, another time, did he seem to pose as Jesus Christ? How do we create and re-create ourselves, showing ourselves first one way, then another? 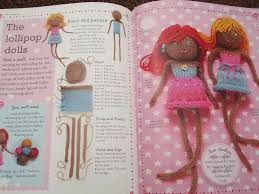 Lydia finished reading 13 Things That Don't Make Sense (science). She worked on graphing equations. She wrote a summary of the return of Odysseus, from her reading of Edith Hamilton's Mythology. She wrote a business-like email describing herself briefly and requesting information about auditions for a play (real life, not a school exercise). She also knit like crazy all week, ran out of things to knit, went out Thursday night to buy more yarn (consumer education and estimation skills), and had a Lollipop Doll finished by the end of the next day (perseverance). 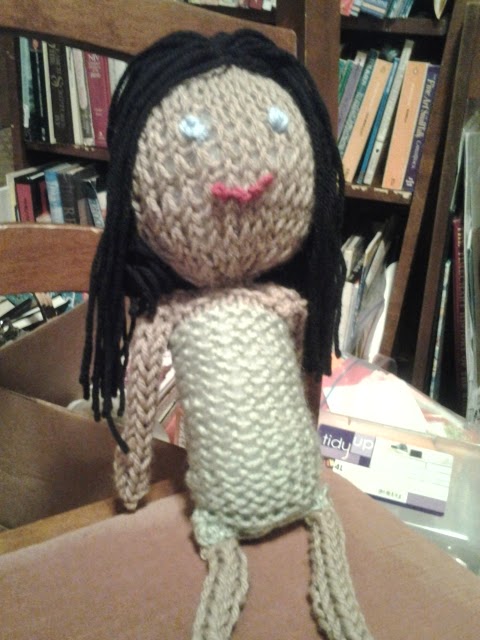 We read Tennyson's poem "Ulysses." "I am a part of all that I have met; / Yet all experience is an arch wherethrough / Gleams that untraveled world whose margin fades / Forever and forever when I move." Isn't that a good description of a lifelong passion for adventure...and learning?

But...those things we did this week don't all fit on a neat matrix, a checklist. I don't know if I can find them in the Ontario Grade Eight Common Curriculum.

I think that all means...read the book. 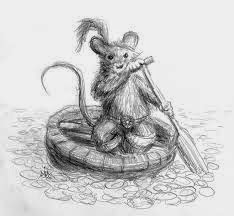 "Come, my friends. 'Tis not too late to seek a newer world. Push off, and sitting well in order smite the sounding furrows; for my purpose holds To sail beyond the sunset, and the baths Of all the western stars, until I die. It may be that the gulfs will wash us down; It may be that we shall touch the Happy Isles, And see the great Achilles, whom we knew... " -- Tennyson

I wish my students (Adults returning to college--usually with poor prior education) had a semester long seminar of "How To Read A Book." Sadly it is only assigned in the Phd program though you can bet I've been advocating for it much earlier. I recommend it in my Student Success Skills workshops.

Wow, so, like, we can say we are doing PhD material in middle school?

Thank you! I've never looked at it this way!