A lesson on Justice: Might or Right? (Lydia's Grade Eight) 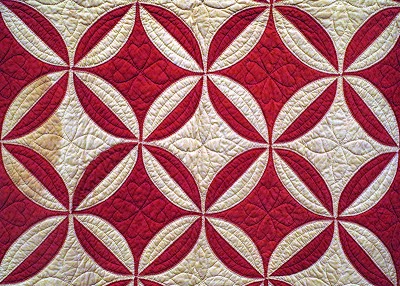 Robbing Peter to Pay Paul quilt, in The Brooklyn Museum

Review: On page 126, "Uncle Eric" says, "The Founders did not like democracy and they did not trust it. They wanted liberty." Explain what he means by this.

On page 128, there is a short list of "obstacles to voting" in the early years of the United States: gender, skin colour, etc.  It turns out that less than three percent of the adult population were permitted to vote. Read the rest of the chapter and explain why 3%, at that time, was actually a novelty.

Chapter 23 is a short discussion of one question: if the Constitution was supposed to be the highest law of the land, where did Common Law now stand?

Read just the first page of Chapter 24. What is the meaning of the expression "robbing Peter to pay Paul?"  Why don't we want to do this? Why does "competing for privilege" mean that "everyone is scrambling for control of the blackjack?" Can you think of any fictional parallels?


At the bottom of page 134, "Uncle Eric" says that courts now seek to find ultimate law in the Constitution.  OK, then, he says; let's look at the language of the constitution. Your assignment: Read the rest of the chapter (one page and a bit) out loud, as if you were Uncle Eric (Aunt Erica) giving a speech.
Posted by Mama Squirrel at Monday, February 09, 2015