Notes from our Hodgepodge Hostess: "Here are the questions to this week's Wednesday Hodgepodge. Answer on your own blog, then ski back here to share answers and some Christmas cheer. See you there!"

1. Are you more task oriented or people oriented? Elaborate.

I can go both ways. If I have a job to do, I would rather focus on getting it done rather than socializing too much over it; but not to the point where I don't have time to talk to someone...or listen to them, which is not always the same thing.
2. December 15 is National Wear Your Pearls Day...do you own/wear pearls? If you're a man answering the question, does your sweetheart own or wear pearls? Everyone share a 'pearl of wisdom' with us here today.

I have a pearl necklace my grandmother gave me, but it needs to be restrung...one of those "someday" things.

Here's a quote I found on a page about pearls: :


“The rarest things in the world, next to a spirit of discernment, are diamonds and pearls.” ~~ Jean de la Bruyere

3. Speaking of pearls...oysters? Are you a fan or not a fan? If you answered yes, tell us your favorite way to eat oysters? If you said no, be honest-have you ever tried one or does just the idea of eating an oyster make you gag a little?

Here's something that reminded me a bit of opening oysters: a handmade Flexagon Christmas Card. So cool. 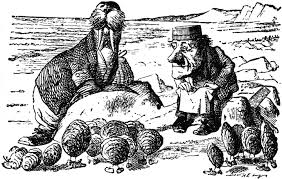 4. Time Magazine has named President-elect Donald Trump Person of the Year.Let's take presidents and presidential candidates out of the mix for a minute. If a political figure had not been chosen who would you name Man or Woman of the Year for 2016?

I'm drawing a blank on this one...I don't follow sports, I don't care much about the top 40, and I think the last movie I saw at a theatre was the Lego movie. (Or Frozen, whichever came first.) The people I honour most are the unsung heroes, and if I named them, they'd be embarrassed.
5. The Pantone Color of the Year for 2017 has been announced, and it's a vibrant green aptly named-greenery. Your thoughts? Is this a color currently in your home or wardrobe? Will you add something in this shade for the new year? Click here to see the color. 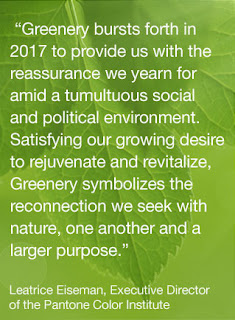 It's only nine in the morning, so I can't say I've had too much a) coffee, or b) screen time. I've already gone through about half a box of tissues, does that count?


The Christ-child lay on Mary's lap,His hair was like a light.(O weary, weary were the world,But here is all aright.)

("The Christ-Child Lay on Mary's Lap," by G.K. Chesterton)
8.  Insert your own random thought here.

The Church Mice at Christmas, by Graham Oakley

We have most of our decorations out now. But we haven't watched anything seasonal on T.V., unless you count a ten-year-old Loreena McKennitt concert we watched last night on NetFlix, and that wasn't about Christmas either (although better than the usual nabbings and stabbings). Mr. Fixit is working on a 1968 small portable television set, and he's testing the picture out by hooking it up to a DVD of The Lucy Show. I am waiting for a last small package to arrive in the mail, thinking about the holiday food I'm not making until I'm less toxic, and deciding whether I should just go stuff my sniffles under a blanket for the rest of the day.

Linked from The Wednesday Hodgepodge at From This Side of the Pond.
Posted by Mama Squirrel at Wednesday, December 14, 2016

"It's just paint, people"...hahaha...I agree, who thinks up these things! Have a good week.
Cheers!
Lori in Blue Ridge, GA

I'm with you on the color question. Yes, it's a pretty green, but can't we just have nice colors without slathering their presentation in rhetoric? For the love of Mike, it's paint.