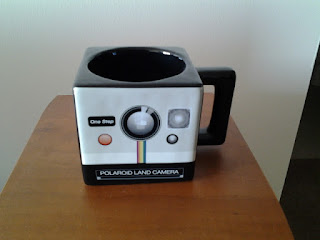 He worked on both of these: the radio works fine, but the pen won't click. (We need another size refill.)

2. This week Lydia reached what milestone?

a) She got her first driver's license

It took visits to three different testing offices, due to crowds and cutbacks; but when she finally got to write the test, she aced it.

3. Who/what does Mama Squirrel have a ticket to hear in Toronto at the end of August?

b) Courtney Carver on The Tiny Wardrobe Tour

4. Lydia's school robotics team was one of 150 local individuals and groups that received awards from a Member of Parliament at an open-air ceremony this week. When they got to the 125th award, what happened?

c) A thunderstorm drenched everyone

5. Better late than never: which Star Trek series are we finally getting around to watching?

a) Deep Space Nine. DECEMBER UPDATE: We are still watching this...up to the third season now.

6. Who made Mr. Fixit's birthday cake?

a) Mr. Fixit (second one, for a family party)
b) Mama Squirrel (first one)

7. The high school course Lydia is most looking forward to in fall is:

8. Which of these things did come with us when we moved? 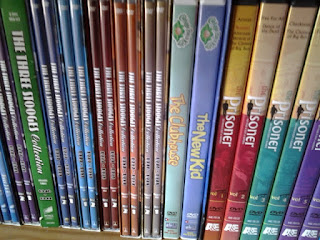 b) around the back of the building.

UPDATE: when I wrote this in the summer, b) was the correct answer. After they put away the communal barbecues for the season, we bought a little electric grill that can be used on the balcony or even in the kitchen. So that's right too.

10. Why can't The Apprentice take the ferry to the Toronto Islands this summer?

a) flooding
b) nasty mosquitoes

Both: the water from the flooding caused a rise in virus-laden mosquitoes. Maybe next year?
Posted by Mama Squirrel at Tuesday, August 08, 2017