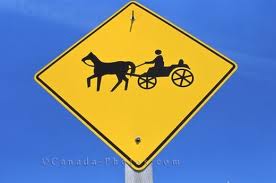 You see it frequently in real estate ads: "not a drive-by."  In other words, a house doesn't show so well from the road, or it looks small from the front, or you just really need to get out of the car and have a closer look to fully appreciate the beauty of the property.  Those rushing by on their way to somewhere else will miss out.

Recently the phrase "drive-by thinking" came up.  Somebody referred to the fact that we cannot possibly all put the same amount of thought into every issue that comes at us, or we'd go crazy.   Everybody probably has at least a few "drive-by" topics.  Richard Maybury's first "Uncle Eric" book mentioned this, too: that there are times where you're given some information that may or may not be accurate, but you don't care enough about it to question it.  For instance (I think Uncle Eric said), the fact that you can make a mock apple pie using crackers.  If you're not particularly interested in pies, not a baker, and not short on apples, you're not likely to go to the trouble of verifying that piece of information. It doesn't matter too much to you if it's true.  Other issues, you take a more personal interest in, spend more time and thought on.  A few things, maybe you invest a lot of time on, and then--to come full circle--you find it frustrating when other people just "drive by."  Shouldn't everybody care about whatever-it-is as much as you do?

I heard last week that Ontario public-school testing has shown a drop in elementary-level math scores over the last few years.  The suggestion was made that "regular" elementary teachers shouldn't be teaching math at all, but should be replaced by specialist math teachers.  I read this in the newspaper at about the same time that I was reading an online article about the "right" way to teach Charlotte Mason elementary math...which, while it interested me as most CM things do, also made me wonder (naturally) if I'd gone about our children's math teaching all wrong.  Maybe I messed things up, and that would be logical.  In many people's eyes, I am a complete amateur...an amateur with almost two decades of homeschooling experience, but still a scanner...an extreme generalist.  I have no right to be teaching middle-school math, or music, or science.  (I might be able to squeak though on the writing major.)  But, according to the crtiics, neither do the "qualified" generalist teachers have the right to be teaching math!  I guess that makes me feel better, or at least in good company.

Two days before school starts, I have library books on the coffee table about polymer clay, mosaics, and crafting with string. I also have a vintage copy of the Oxford Book of English Verse, and the 1987 travel book Heidi's Alp.  I'm reading Phillip E. Johnson's Darwin on Trial, George Eliot's Romola, and Todd Oppenheimer's The Flickering Mind: The False Promise of Technology in the Classroom and How Learning Can Be Saved.  I'm thinking about Christian martyrs in Rome, Charlemagne, Corot's early painting of the Colosseum, and the rules for a math game (not to mention the load of laundry in the washer, the electrical work we need to get done, and the Apprentice's wisdom teeth).  I'm happily discovering that our local library's website lists DVDs not only of the 1984 BBC production of Coriolanus, but of the film Castle, based on David Macaulay's book; and that they have a copy of Rosemary Sutcliff's book Outcast.  (They're not generally very big on Rosemary Sutcliff.)

I care about a lot of things, and I have to, if I'm to get a homeschool year together that contains more than one subject (and have a life outside of that).  I could spend all summer focusing on just one subject area: science, or math, or something.  However, there's no way I could go into that much depth for every part of a "generous curriculum."  In at least some subjects, I'm always going to be, if not driving by, at least stopping only for a short look.  I cannot be an educational expert on Byzantine art, the Spanish Armada, mitosis, irregular verbs, vectors, and antinomianism.  Way leads onto way, as Robert Frost said, and on some things we may never come back.

But here's the point:  that's okay.  See the photo of John Holt with his cello?  He didn't start that until he was almost forty. He never let what he didn't know keep him from trying to find out.

I can't know as much about a lot of whatevers as a specialist does.  My life, so to speak, has an awful lot of drive-bys.  I slow down where I can, and sometimes I get to climb out, take my time and explore.  In the meantime, life goes on, and another school year begins.


"Corrie, we don't know where the road leads, do we?" "No, Andrew, we don't," Corrie replied, "but let's go there together."  ~~Brother Andrew, God's Smuggler