Frugal finds and fixes (and family stuff) (Now with Photos) 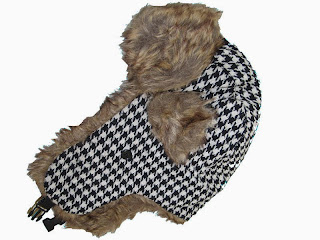 You know those fancy, fur-trimmed, ear-flapping trapper hats that seem to be popping up in the knitting magazines and everywhere else?  Dolllygirl found some on the weekend at the dollar store, for just a couple of dollars.  She picked out one in houndstooth, much just like the photo above.

Dollygirl has been making a lot of small doll clothes from scraps, and crocheting scarves for the same small dolls. 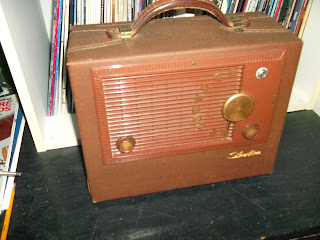 Mr. Fixit turned an unrestorable radio into a guitar amp. (Actually you can still play the radio too.) 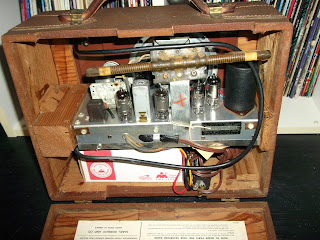 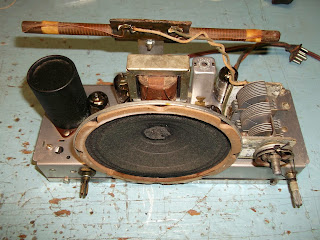 Mama Squirrel made lentil-sausage soup from a smoked sausage and pantry stuff, and we got two meals out of it.  We've also made some of the usual stuff like bread in the bread machine, popcorn in the air popper, and chili in the slow cooker.

Dollygirl found a good sweatshirt tucked away that one of the older girls had worn.

The Apprentice showed us a free online site that teaches kids computer coding.  She and Dollygirl did some work on it this weekend while she was home.  We're also using free algebra lessons from TheMathPage.com.

Mr. Fixit scavenged a vintage kitchen table from the neighbour's curb. The top is ruined but that's okay, he wanted it for the workshop. Actually Mama Squirrel and the Apprentice were the ones who carried it across the street, after getting a phone call from Mr. Fixit who had seen it on his way past but couldn't stop to pick it up.  We portaged it around the house and left it on the patio.  By the time Mr. Fixit came back a short time later, it was covered with snow.  The Apprentice was here for the weekend and was supposed to go back to university last night, but the roads last night were so bad that she drove a few blocks, gave up and came back.  She left early this morning instead.

We went to three free lunchtime concerts this fall, and took bag lunches.

We borrowed several DVDs from the library.  And listened to the radio a lot.

If you click on the "family keep out" Christmas page, you might get a hint of how Mama Squirrel is using some squirreled-away stuff.  But my favourite found thing right now is the Dayrunner I got at a rummage sale a month ago.  I got some extra pages and stuff for it when we were out shopping, and I now feel completely organized and purposeful.  I stuck in a pocket to hold shopping lists and another one for church bulletins.

And Ponytails found a pomegranate-pink planner on the weekend, while we were grocery shopping.  There, I got everybody in.
Posted by Mama Squirrel at Thursday, November 28, 2013