Something to read today: Ten Thousand Villages on turning seventy 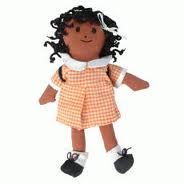 When a Mennonite Self-Help Crafts store opened in our town back in the 1980's (I think it was), we thought it was a new thing. Not that we teenagers were too excited by a store full of baskets and pillow covers, but we figured since our mothers and grandmothers liked that stuff, it was a safe place to buy them birthday presents. After a few years, my mother had so many soapstone and carved boxes that you could hardly see her dresser, but she said she liked them.

But Self-Help, later renamed Ten Thousand Villages, had gotten started years before in the U.S., and this year it is celebrating its seventieth anniversary. This article talks about its commitment to craftspeople around the world (LINK CORRECTED!), and how sales (and therefore the ability to order more items from the makers) have increased over the last couple of years, after a slump not so long ago. I've noticed myself how the local store seems to be changing; it's less crowded, and (oh, here comes that word) almost more curated in what's on the floor. When you walk in, you're more likely to notice all the scarves and earrings, the fair trade cinnamon, and the quirky cushions with elephants and bicycles embroidered on them (not to mention the free coffee), than you are the usual rugs and baskets. I've also noticed that they do a lot of very professional promotions through email and on the website, and for some reason I don't find their appeals as irritating as those I get from some other companies. I think it's because it shows how seriously they take their work, that what they have is so good that they could become someone's "new favourite store." Years ago, it was enough to fly in some baskets and boxes, and sell them to grandmothers and people who cared less about the dishtowels than they did about making a donation. Now Ten Thousand Villages' harvest of crafts, and the way it's treated, speaks for itself.
Posted by Mama Squirrel at Friday, October 21, 2016