Our Hodgepodge Hostess is taking a break this week, so I've borrowed these questions from a Hodgepodge of October 2014.

1. Elizabeth Lawrence is quoted as saying, 'Even if something is left undone, everyone must take time to sit still and watch the leaves turn." So have you done just that? And what did you leave undone in order to do so?

Fall never seems like a time to be sitting still (especially if you're a squirrel), and you can't see leaves turning colour from moment to moment the way you can watch snow falling; so no,  I don't usually sit on the back deck just to watch the colours of the trees.  But we used to attend church in a place surrounded by trees, and the meeting hall there had large windows all around, so  the seasons or weather, the trees and sky became a background for worship. I always thought that beat any stained glass.

2. Since we're talking turning...what's one thing you feel you're doing 'every time you turn around'?

At one time it would have been laundry, but that's much less than it used to be. How about...celebrating another birthday or holiday? Not that those are bad things, but time seems to go by so quickly, it seems that you're just getting into summer and then suddenly it's Thanksgiving.
3. How hard is it for you to 'turn the other cheek?'

I don't know, it would really depend on what, who, why.
4. When did you last turn a drawer, your car, a room, or your entire house upside down looking for something? Did you find it?

"Good turns" make me think of Brownies. I don't usually think of it in terms of giving and returning, though--I think helping someone is better if you just do it. 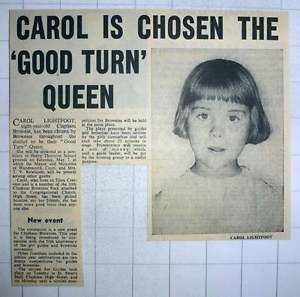 (sorry the link for the photo is unavailable)

6. Red, yellow, and orange are the colors of fall. Also the colors of fruit. If you were permitted only one color of fruit in your diet, which would you choose? This question isn't as easy as it sounds, at least not for me.

You're right, hard question. Red or yellow apples? Yellow bananas or plums? Orange oranges? Red plums and grapes and strawberries and raspberries? It looks like red's ahead.
7. The Hunt for Red October, October Sky, Halloween...which 'October' film is your favorite?


The National Film Board of Canada's "Morning on the Lièvre."

(A bonus, even though it's not a movie: Mark O'Connor's "Fall" from his American Seasons


8. Insert your own random thought here.

A place where my random thoughts go, especially when I'm scrolling through the Treehouse archives.

The regular Wednesday Hodgepodge will return next week at From This Side of the Pond.
Posted by Mama Squirrel at Wednesday, October 05, 2016

Jessica @ Barefoot by the Sea said...

I enjoyed your answers and followed your lead by using a Hodgepodge from last year! It's great to get the creative juices flowing!