Education is a Discipline: Mrs. Dowson Follows Up (Part One)

Abridged and adapted from this Parents' Review Article:  The Discipline and Organization of the Mind. Pt II, By Mrs. Dowson, L.R.C.P & S., I., in the Parents Review Volume 11 1900, pages 137-148. Mrs. Dowson is having a conversation with "Uncle Eric" (Richard J. Maybury) and anyone else who wanders by. 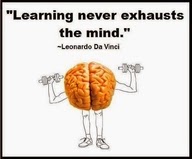 "And then, of course, there is 'A Mind Is a Terrible Thing to Waste.'  Today, Y&R joins UNCF in celebrating its 40th anniversary -- 40 years and still going strong. The line, as you know, has seeped into our culture’s vernacular. It’s been appropriated, copied, parodied and mangled in the retelling. Who of a certain time and place can forget former U.S. Vice President Dan Quayle’s tongue-tied tripping over the line, which he recalled as “What a waste it is to lose one’s mind”? The real line was so ubiquitous and so beloved, that his faux pas was banner news that day and struck a note of blasphemy that was heard around the world." ~~ David Sable in Advertising Age, March 3 2011

Uncle Eric: Sometimes I think the connection between law and economics was better understood two hundred years ago than it is today. An economy is en ecological system every bit as much as an ocean or a rainforest. (Quote from Whatever Happened to Justice?)

Mrs. Dowson: We are so accustomed to scrap knowledge, to mental powers wasted for want of discipline and organization, that it takes time for us ordinary parents and teachers to see the crying need for a better intellectual economy.

M.S.: What do you mean by intellectual economy?

Mrs. Dowson:  Economy in the sense of not misspending our intellectual resources, or wasting the opportunities we have. There are wise people who tell us that not only in the higher forms of higher schools, as in Italy, but all through the process of education after the primary state is passed, children should be taught about thinking and reasoning, about knowing and not knowing, and even something concerning the deep problems of existence.

M.S.: Are you talking about philosophy? That's not something we study systematically in our curriculum; we are not directly studying Aristotle, for instance.

Mrs. Dowson: But you are teaching them, through their other studies, to think and reason, and that they can know, that it is possible to know.

M.S.: Yes, we were talking about that yesterday.  How to Be Your Own Selfish Pig uses an analogy of finding the right key that unlocks a door to truth, and I said that in today's culture it's more common to question not only the existence of the key, but of the door as well.

Mrs. Dowson: Learning to "think" is not a separate subject. The children should be led... into the art of organization, the art of bringing all they learn, science, letters and what not, into some approach to a unified, inter-related whole. If we can effect this, we shall be able to put into the hands of a child an instrument of moral as well as of mental discipline, and a piece of work to do that nobody else, great or small, has done or ever can do for him.

Charlotte Mason: We begin to see light. No one knoweth the things of a man but the spirit of a man which is in him; therefore, there is no education but self-education, and as soon as a young child begins his education he does so as a student. (source)

Mrs. Dowson: However wide may be the territory of knowledge over which, by grace of other men, he wanders, a child who has acquired power to do this organizing work will not be likely to become an intellectual tramp or to fancy himself a king. However carefully he may have learnt to observe and to define, it will not be the fault of his education if, in after life, he loses sight of the many considerations that qualify the value of his results, and limit the scope of his operations.  He at least will not be likely to make the mistake so frequently made by men one would expect to know better, the mistake of regarding a simplicity of method in study for a simplicity of the one subject of all study, human experience.
Posted by Mama Squirrel at Tuesday, November 18, 2014

Here is my current ponder: one cannot organize what one does not observe. As a culture, we have encouraged so much mindless memorizing and thoughtless work that there is no need to pay attention. If one has nothing observed, there is nothing to bring into a unified whole.