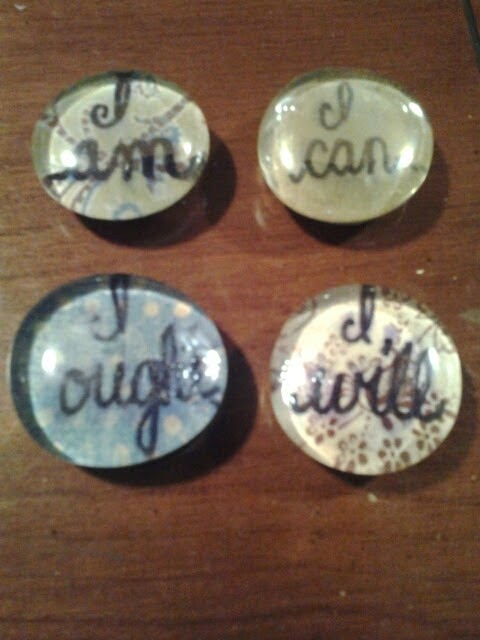 Quick, what comes to mind when you think of discipline?

Spiritual disciplines? Jesus and the disciples?

The years of practice needed to become a dancer or a musician?

Do you think of kindness or unkindness, grace or law? Is it Mr. Phillips in Anne of Green Gables, who really can't "keep order" at all, or is it Miss Stacy, who brings a friendlier atmosphere to the classroom? Is it Anne herself as teacher, endeavouring to win her pupils with love, until the day she gives Anthony Pye a well-deserved licking? (After that, he behaves himself.)

In Formation of Character, Charlotte Mason's Volume 5, she describes an approach to taming temper tantrums, and Tammy mentioned this chapter also at L'Harmas.  You can read "The Philosopher at Home" yourself, but this is the point: that the "cure" of "Guy" (the little boy) takes two distinct stages. The first stage is an attempt to control the environment, avoid Guy's triggers, and divert him out of the habit of blowing up. The second stage comes when, after a period of peace, Guy relapses, and his father says that it is now time to put the responsibility on the child himself. He suggests a couple of tools that Guy can use, but from this point on it is up to the boy to manage his own temper.

It reminds me of the Mrs. Piggle-Wiggle stories, where the first stage of a magic cure often involves parents secretly wafting invisibility powder or sprinkling radish seeds, but where, after the usual crisis (the dirty child appears covered in sprouting radishes), the end involves recognition and a certain amount of will.  Sometimes this takes the form of a parent-child conversation where they agree that there was a problem but that they will try not to let it recur (especially if the parents were enabling the misbehaviour). The magic bottles are returned to Mrs. Piggle-Wiggle, and the responsibility shifts from the parents needing to teach a lesson or break a habit, to the children who may not always act perfectly from now on, but who are capable of recognizing and changing their own thoughts when they see old behaviours trying to break out.

If education is a discipline, it begins, ideally, when our children are young and we work on instilling habits of attentiveness, truthfulness and so on.  When they are old enough for school lessons, if we control the environment just enough, say, to avoid too many distractions and interruptions; if we make the first reading, writing, number experiences positive, successful ones; if they're given small things to do perfectly, and then the bar is raised just a little at a time; then good learning habits are formed without much need for extra schoolroom discipline.

And then, when they're older? How do we shift the responsibility for education, as in the tantrum story, onto the shoulders of our old-enough children?  I recommend reading Melissa Wiley's Down to the Bonny Glen, the chapters about Martha's new governess Miss Crow, as an example of CMish masterly inactivity:


"But still Martha had the feeling that her every move was being watched. As if to confirm this suspicion, Miss Crow, eyes still fixed upon the needles, slowly raised her left eyebrow. Martha jumped as though the governess had pricked her with a pin. She wrenched her gaze back to her copywork and wrote without daring to look up until all the assigned lines had been copied...Martha had just finished the last letter of the last word when the governess laid the knitting aside. She rose and looked at the copywork. Martha waited anxiously for stern words about the blots...But the governess merely nodded her head once and said, "Now then, let us have a look at your sewing."

My son ADORED Mrs. Piggle-Wiggle. There were days in which I wanted to sprinkle radish seeds all over his room!