Education is a discipline: Mrs. Dowson follows up and finishes off (Part Two)

Mama Squirrel:  How can we recognize a developed and effective mind?

Mrs. Dowson:  I suppose we shall all agree that first and foremost stands as its mark, good judgment. No undisciplined mind shows good judgment in regard to the narrowest sphere except by something like an accident....Given the habit of mental construction by which the separate living stones of knowledge are fitted as they come into their right places in relation one with another, and then, but only then, a survey of the whole as an intellectual and intelligible structure becomes possible, a disciplined judgment finds its appropriate sphere, and the true mental king comes into his own.

Mrs. Dowson:  Once the mind's building process is set going, new stones, new walls, may be added as fresh material accumulates, without producing any confusion or distress, but rather with an increase of power and of scope for the advantageous use of power. Good judgment exercised in such a sphere deals with each thing that comes as in certain respects a familiar thing through the known requirements of the structure, and the manifest relations between the part and the whole to which it belongs.

Mama Squirrel:  You're saying that once we have really begun this sort of education, we are going to find it easier and easier to keep adding on new information?

Mrs. Dowson: Nothing, I suppose, is more surprising to the higgledy-piggledy person than the ease with which the trained man, whose knowledge is in some sort unified, deals with an entirely new fact or group of facts.  The great test of mental discipline and organization is the judgment shewn concerning new things, and new situations or conditions of old things. It has been said, too, that every new bit of knowledge we acquire should make a difference to every other bit we possess, and should itself, in its turn, be modified by all the rest; but obviously this, like good judgment, is impossible if knowledge is in scattered heaps or separate pigeon-holes. 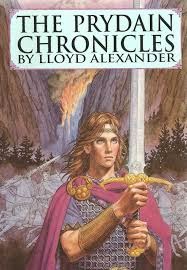 M.S.: How else can you distinguish an educated person?

Mrs. Dowson:  Another mark of the effective mind is the power to select what it requires for any piece of work and to reject what it does not require, the power to sift as it goes along the wheat from the chaff.

M.S.: So, discrimination.  Adler describes this in How to Read a Book; that there are key terms, key sentences, but that there will also be sentences that are not important to the overall argument.

Mrs. Dowson:  The scope of memory, too, is enlarged by an education of this kind. A man whose native memory of unrelated facts is not beyond the average may display a wonderful memory for facts that have been brought together in a rational system. The schemes of artificial mnemonics, memorizing schemes, are all based on the principle of association....An artificial means of linking may fix them in a poor memory, when rational connection is wanting, but the memory itself remains as bad as it was before.

M.S.: Can we actually improve our memories?

Mrs. Dowson:  The only legitimate way to extends its operation is to build every fact into the mind's structure of knowledge, to give it a place and a function in reference to other facts, to show its real meaning and value in relation to the world of intellectual interest to which the mind most readily and easily attends. Illegitimate methods may fix facts for a time; but the artificial string sooner or later gives way and the beads are scattered, possibly without even being missed, since the man content to hold them in such a fashion cannot have perceived their worth or the message of beauty and truth they might have brought into his mind.

M.S.: So, running over the "mental furniture," the vistas and so on that Charlotte Mason describes as being built up in our minds as we look at paintings, memorize poems and so on.

Mrs. Dowson:  The improvement of memory is really an improvement in thinking, and in the weaving of the tissue of our knowledge. We remember what we are vividly interested in, but our interest in anything depends upon the number of links it has with our general stock of interesting facts, on the number of 'hooks' in our stock for which we have detected 'eyes' in the new thing. When its eyes find their hooks it becomes attached to our mental structure, and we think it over and through with all the advantage of the context to which it really belongs and in relation to which it is both valuable and interesting.

Mrs. Dowson: Both for teachers and the taught, it is only a call to better thinking--thinking more careful and critical, more reverent and humble, more truth-loving and persevering, more free from the bondage of intellectual convention and prejudice, more courageous and devout before the opportunities give us to use the powers we possess.  "For the vast majority," says Lessing, "the goal of their reflection is the spot where they grow tired of reflection." The call to philosophy is a call to set that goal a stage farther on, and to be less easily tired of thinking as we ought to think. 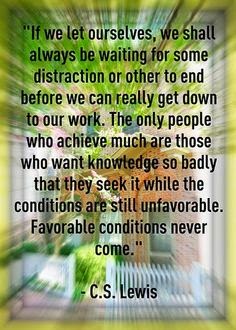 The full article can be read on the Ambleside Online website, here.
Posted by Mama Squirrel at Monday, November 24, 2014