First off, I have to point you to this quite marvellous post on Afterthoughts, Teaching Our Children the Way of the Reason. "Marvellous" for two reasons: first, that Brandy mentions a Lloyd Alexander book I've never heard of, The Remarkable Journey of Prince Jen. (Now going on hold at the public library.)  Second, it's a perfect description of what some call the Grand Conversation.


"After our reading of this chapter, the children and I discussed it. I asked them what Li Kwang's mind did when he was tempted. Together, they were eventually able to discern that his mind sought to justify the sin he wanted to commit. I read once again of Li Kwang's desire to be rid of tempting thoughts. We discussed how he was looking for an outside source to do that for him."

So where do I hope that we'll have some Grand Conversations this week of Remembrance Day?

Westward Ho!, Chapter 29. How the Virginia Fleet Was Stopped at the Queen's Command
From the AO study notes: Amyas seems to be unable to see matters clearly, in more than one area of his life. What advice does his mother give? What is his return argument?
How is Salvation Yeo becoming a less positive influence on Amyas? Has his disappointment over the "maiden" darkened his own view?

Can you have a grand conversation over the topic of temperature? (Apologia Physical Science, Module 3) Maybe. How about the hole in the ozone layer? Definitely.

Keeping a Nature Journal
This week's challenge is to take as much time as you need and draw a natural object in close detail. How does this close study change your perception of whatever you're looking at? 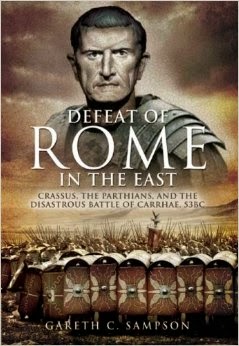 Plutarch's Life of Crassus, Lesson 10.
From the AO study notes: Why did Crassus send Publius to charge the Parthians? Do you think he might have hesitated to send his son into that battle, or would he more likely have been proud to do it? Why? Comparison to a Bible narrative: read 2 Samuel 18:24-33 (David's reaction to the death of his son). Note any similarities to the story of Crassus and Publius, though David's relationship to Absalom was somewhat different. Why does Plutarch say that Crassus "shewed greater courage in this misfortune, than he before had done in all the war beside," or in Dryden's words, "outdid himself in this calamity?"

"In life, we are in death, the philosopher tells us. In an age when people died so young, perhaps Titian is reflecting the same attitude by placing all of these figures in the same landscape. Perhaps the angel is not only protecting the infants, but also reminding us that in Titian’s day, children died at a frightening rate, inconceivable in this modern age, and his/her home in heaven is the destination to which they will soon be transported." "Shakespeare’s sonnets, That time of year thou mayest in me behold [we read this a couple of weeks ago], Like as the waves make towards the pebbled shore, and When I have seen by Time's fell hand defac'd; Coulehan’s poem, “Sunsets”; and Roethke’s poem, “The Waking” (all annotated in this database) are equally applicable literary companion pieces." (Literature, Arts and Medicine Database)

And a couple of related additions: the History of English Literature chapter on Sir Walter Raleigh mentions Millais's painting The Boyhood of Raleigh, and The Roar on the Other Side includes the poem Ozymandias.
Posted by Mama Squirrel at Saturday, November 08, 2014