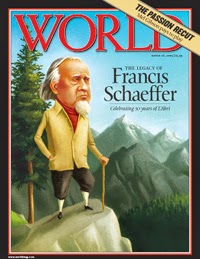 Some school plans for this week:

In the matter of self-discipline, I've noticed that some previously-scheduled writing (reader's journal, poetry assignments, study guide questions from Westward Ho!) isn't getting done. As is some previously-scheduled memory work. So I'm declaring November as Writing Month, even if we are NOT writing a novel in thirty days.  For the next three weeks (that is, the last three weeks of the term), each day has a page in a stapled-together booklet. The difference between this booklet and what you might get at school is that this one has mostly-blank pages. There's space for new words, a reminder about memory work, a reminder to keep a Commonplace Book of quotes, and a writing prompt for each day, drawn from the week's reading. That's it.  The rest of it is space to write. The discipline part is that it's all together in one booklet and that I'm going to be looking it over every night.

In literature this week, we meet Ben Jonson. In history, Mary Queen of Scots. In math, the Fibonacci Sequence, which we've learned about before--how could that be three years ago??, but this time in a bit more depth.

In citizenship, we have Thomas Paine and natural rights, and Crassus fighting the Parthians. In How to Be Your Own Selfish Pig, we have a very big question: are some human beings more valuable than others? Isn't that what Thomas Paine is saying too, in a way?--that some humans are more deserving of liberty than others?

Our free readaloud is C.S. Lewis's Out of the Silent Planet. More than just an outer space story...


"It is in her right," said Weston, "the right, or, if you will, the might of Life herself, that I am prepared without flinching to plant the flag of man on the soil of Malacandra: to march on, step by step, superseding, where necessary, the lower forms of life that we find, claiming planet after planet, system after system, till our posterity - whatever strange form and yet unguessed mentality they have assumed - dwell in the universe wherever the universe is habitable."

"He says," translated Ransom," that because of this it would not be a bent action - or else, he says, it would be a possible action - for him to kill you all and bring us here. He says he would feel no pity."  ~~ Out of the Silent Planet