Well, if you've followed the blog recently, you'll know that we had assorted water problems including a wet but not disastrous basement flood due to freakish January rains, and general old-bathroom issues (replacing taps that were as old as the house).  And that Mr. Fixit partly solved the problem of leaky garage doors by fitting them with old/new weatherstripping.  I don't think I mentioned that the plumber's visit could have meant having to completely rip out a fifty-year-old bathroom vanity just to install new taps, if there was no other way to get at the pipes.  But once again we were lucky/blessed to get a creative and smart plumber with the gymnastic skills to work with his head under the counter and one leg halfway up the wall; it's a very small bathroom.  Anyway,  the replacement was accomplished without damaging anything important, including the plumber.

Although the weatherstripping Mr. Fixit found was the right fit for our old doors, the garage floor itself is a bit uneven and there are still a few gaps.  That may straighten itself out in the warmer weather, but for now the holes could still be a problem.  Mr. Fixit was talking to someone a few days ago who said he has a couple of two-by-fours wrapped in old rags that he puts against the doors when it rains or the snow melts--kind of like draft dodgers.

Oh, said Mr. Fixit, suddenly remembering something--so did his Grandpa!  That is, the Grandpa who lived in and helped build this house.  He used to put boards wrapped in rags against the doors in certain kinds of wet weather.  But Grandpa's boards disappeared years ago.  We could have just bought new two-by-fours and wrapped them in rags too, but Mr. Fixit came up with something slightly more elegant and almost as cheap. 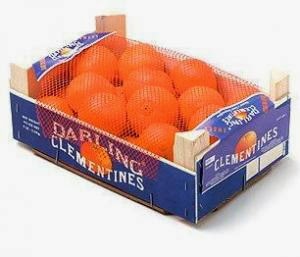 Dollygirl spray-painted a wooden clementine tray that's going to be a doll ottoman, and created a doll dressing table using fabric, duct tape, and an old mirror.(More ideas for reusing clementine or other wooden fruit boxes here.)  She's also been finding things to spruce up her own room, like fabric bows for a quarter apiece at Michael's. She picked up a pair of inexpensive discount-store boots for what's left of the winter--by next winter she'd have outgrown more expensive ones.  And we found her a $3 pair of Old Navy pants at a thrift store.
I used up some last bits of baking chocolate to make a cake.  I also used the rest of my Christmas-gift dried cherries and blueberries to dress up a pan of Budget101's MYO Chewy Granola Bars; I cut them smaller, more like squares this time.  I also refilled our hot-chocolate can with homemade mix, and used a stray can of pineapple to make sherbet.
This week's grocery trip was, again, expensive, even at Food Basics.  But we did score some deals on flour tortillas and frozen fruit.  Cubed round steak was a pretty good deal, turkey breast was a good deal, but chicken was out of sight.  Mr. Fixit cooked up some of the turkey for dinner tonight, and afterwards he said, "I remember sometimes how my mom would make a big turkey dinner or something, and we'd ask her what the occasion was.  She'd say, '59 cents a pound.'"

And that was our week.  How was yours?