In spite of our hosting the Festival of Frugality,  it has not been our most successful week, moneywise.  Some of that has to do with extreme winter weather, some doesn't.  We had to throw out a bunch of apples that had gone bad. We had large power and water bills to pay, we went out for burgers on the weekend, and (due to bad driving conditions) we ended up getting several days' worth of food at the Euro grocery, which is a fun place to shop but not the cheapest, especially when you need things like ketchup and have to pay extra for imported brands. 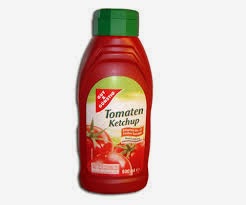 It's also a bad place for us to go when our impulse-buying resistance is running low.  (Can you say chocolate?)

Well, what did go well this week?

Somebody mentioned another free-or-cheap-ebook-finder, BookBub. You sign up, specify your interests and reader format, and they send you daily updates.  I downloaded a free cookbook.

I ordered some discount books from Hampstead House Books, and got further discounts by using a credit note (from a previous order) and by filling out a survey.

I cleaned out a couple of shelves and boxes, which translated into some unused paper, folders, index cards, and other "found stuff" to add to our office-supply stash.

I baked cookies, pumpkin bars, and muffins.  I tried to stick to meals that are cheaper overall for us, such as a Sloppy Joe recipe that calls for only tomato paste and spices in addition to ground meat.  It would be even cheaper with beans added, but the Squirrels like their Sloppies straight-up.

I hung several loads of washing on the furnace-room clotheslines, instead of using the dryer.  I have gotten out of the hanging-up habit lately, especially when Mr. Fixit is working in there and doesn't need to be fighting his way through everybody's shirts and socks; but the dryer is expensive, especially when we're getting hit with time-of-use charges. (Not everybody wants to do their laundry late at night.)

I got a free expanded-translation New Testament from a church library discard pile.

Dollygirl and I played some fun free online math games.  She particularly liked the pirate game where the "teacher" walks the plank--and the more questions you get right, the closer he/she gets to the end.

I guess it wasn't that bad a week, when you think about it.
Posted by Mama Squirrel at Wednesday, January 29, 2014

Sounds like a good-bad frugal week! We hang many of our clothes by the fire in the living room (not quite as tacky as it sounds), but if I want to use the dryer I wait until the evening or weekend and treat myself. I love little luxuries like that.

On the other hand, with the dry cold weather it really helps humidify the air to hang-dry clothes.