Homeschooling, still frugal thrifty cheap but hard to write about it 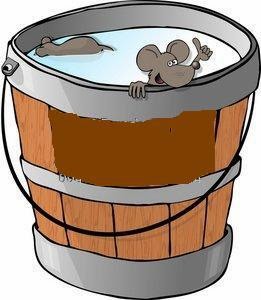 I used to post a lot about ways to save money homeschooling--how to recycle, make your own, use the library and other freebies, read thrifted books, visit the neighbour with the bird feeder. Sometimes it was hard to see what people were spending homeschool money on at all, when there were so many low-cost ways to keep K to 6's busy learning.

These days my thrifty-homeschooler posts are fewer, but there are reasons for that.  Although there are certainly more ways than ever to spend homeschool dollars, I think people are also more aware of free online resources.  There are whole websites set up just to let you know about good deals and freebies, and about the whole world of online stuff.  Homeschooling-Ideas.com, for example.

Also, I think I don't mention as much about "ways we do math for less" or whatever, because an eighth grader tends to be using the same materials pretty much every day.  The elementary grades make better "homeschool copy."

Finally, we don't homeschool frugally just for the sake of frugality (if anyone does), so it's sometimes hard to write about it from that perspective.  If you read here much you might possibly know that I've mentioned that the math book we're using (Math: A Human Endeavor) was a chance find about ten years ago, and that I got the workbook through a used source right afterwards,  when the prices were still reasonable, and then The Apprentice ended up using only a few lessons in the workbook because she had way too much other homework in her public school courses.  So math this year is basically free. I didn't give it to Lydia in the sense of dumping leftovers, but because she needed a different kind of math this year and there it was. We also already owned this year's grammar course, writing books, Bible and devotional books, and most of the books required for Ambleside Online Year 8. But I can only say "I found that one at the thrift store" so many times.

If I had to boil down any frugal homeschooling advice I have left, it might come out like this:

1.  Whenever possible, use what's available to you, assuming it's in decent shape and appropriate for your students' needs, rather than going out and spending money on something else.  Lydia has asked to bring Latin back into the curriculum this fall, after a four-year break; so for the time being, we're going to go back to the course that we were using then, reviewing what she learned in the fourth grade and getting to the bits that were too hard then.  It's appropriate for her needs because it teaches ecclesiastical pronunciation and some of her "uses" for Latin could include vocal music.  It's frugal because it's on the shelf and I don't have to print out online textbook pages.

2.  Same as Number One: use what comes your way whenever you can.  We started kindergarten almost twenty years ago with a program that is still used by many with young children.  It required tracking down a lot of specific picture books, some of which (even though the program itself was quite new) had gone out of print.  It seems to me that it would have been better for homeschoolers to have used maybe a few of those lessons with books they could access, then get brave enough to branch out with their own good books, rather than get too devoted to finding everything on the list.

3.  Same as Number Two:  make use of local resources.  I heard only recently that we had a nearby weather research station that gave tours--but then I found out that it's been closed, so I had to scratch that off the field trip list.  Since this is the year that we're doing lot of ecology and weather studies, that was disappointing.  However, we do have parks and galleries and concerts and libraries and a university with an earth museum and a number of other things--not for weather trips, I mean, but for other opportunities.  And some of them are cheap or free.

4.  Don't overuse You-tube, but don't overlook it either, especially for music.  And science help. And math.  And craft tutorials.  But a little goes a long way.

5.  Focus on high-quality, longterm, meaningful units, books, lesson plans, outside activities.  Fewer books, but better ones. More time on Old Narnia, less on the rules of writing.  To quote from someone who has just discovered the power of books:


"In this book, he was gettin' to be Sam and see what somebody named Sam was up to...they give him this book for a present an' he was gettin' to be Sam.  That was his favorite thing about books--they took you off to other people's lives an' places, but you could still set in your own chair by th' oil heater, warm as a mouse in a churn."  ~~ Jan Karon, Somewhere Safe with Somebody Good (the newest Mitford book)

We have been using what we have on hand for a few years now as a way to conserve financial resources. It's actually been fun going through books and curricula that would have otherwise simply sat on the shelf and not been used.