Stirring up a Wednesday Hodgepodge

Notes from our Hodgepodge Hostess: "Let's burn off some of those Thanksgiving calories with the Hodgepodge, shall we? Blogging definitely burns calories. I know I sweat when I write the questions-ha! Here's the drill for anyone new here today...answer on your own blog, then waddle over here tomorrow (Wednesday) to share answers with the whole wide world. Our little corner of it anyway! Here we go-"
1. Give us three rhyming words that say something about your Thanksgiving holiday (or your most recent holiday gathering if you didn't celebrate Thanksgiving). 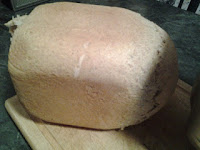 Meaning...more people than you expect to squeeze in? It doesn't often happen around here, but if it did it would be fine. 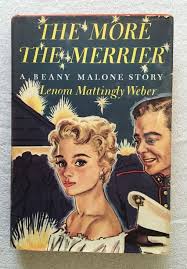 Image Cascade Publishing
"It's summertime and Beany has a plan! As the upcoming editor of Harkness High's school newspaper, Beany's dream is to emulate her predecessor, the wealthy, sophisticated Jennifer, by providing a private rumpus room for undisturbed staff meetings. In an attempt to raise money for the rumpus room, Beany takes in boarders. Beany becomes involved with the varying problems of her three boarders: overweight Lisa, cocky Ty and introverted Miss Rutledge. Will Beany be able to resolve her own problems as she manages the problems of her boarders?"

3. What's one piece of advice you'd give someone who is your same age?
Read A Circle of Quiet by Madeleine L'Engle.
4. You're ordering a veggie plate, what four veggies are on it?

Let's make that a veggie pizza, it's easier: sundried tomatoes, olives, mushrooms, and peppers.5. Shop til you drop! Did you? Have you ever? Will you between now and Christmas?

No, I like to do things a bit at a time.6. What's your favorite chair in your house, and why is it a favorite?

A toddler-sized rocking chair that belonged to my grandfather and his sister, who were born at the turn of the last century in what is now part of Toronto. The centre of the seat is tooled leather, and it's in amazingly good shape for being well over a hundred years old. My great-aunt kept it in her "workroom" (her art studio/office), with a doll sitting in it, until she passed away about thirty years ago, and I've had it since then. All our girls rocked in it when they were the right size. 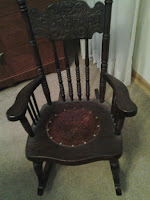 7. Share an early memory of faith, religion, or spirituality.

I was raised in a mainstream church, but went to other more evangelical events such as Bible Club and VBS. The Bible Club was at the house of a boy from my class, in the neighbourhood where we lived just for the year I was in second grade. For the first part of the year, the teacher was an older lady who used a lot of flannel board things, and taught us to sing "Into my heart, into my heart, come into my heart Lord Jesus." I have no idea what my parents made of that, since "Jesus iinto my heart" was not a prime feature of United Church Sunday school. But they never objected to us going.

Later on in the year, a euphonium-playing man took over the class. (I remember the euphonium, but not his name.) Mr. Euphonium taught us a memory verse that we said over and over together, very loudly and with great emphasis: "For by grace are ye saved through faith; and that not of yourselves: it is the gift of God." Forty years later, I still hear that verse with exactly that intonation.

Yesterday's Sew Mama Sew Handmade Holidays post featured several upcycled gifts you can make. I'm particularly taken with the little woodland landscape that looks like something out of a Rumer Godden storybook. I've never tried needle felting, but it's very effective in this project. 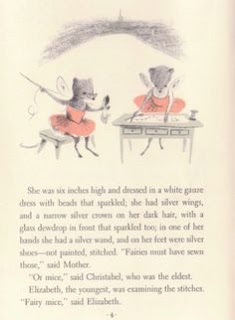 The Fairy Doll, by Rumer Godden (illustration by Adrienne Adams)


Linked from The Wednesday Hodgepodge at From This Side of the Pond.
Posted by Mama Squirrel at Wednesday, November 30, 2016

Love that little rocking chair and the history behind it...what a treasure!

Thanks for stopping by, April!

A bit at a time is a great way to shop. I did some of that this year (online), but I hope I remember to do it throughout the year in 2017. It makes the time near Christmas SO much easier if you purchase, when you see it, something you know some particular person will love. And, I love Madeline L'Engle!!

The little rocker is such a treasure! Thank you for sharing the story. Seems we just don't hold onto things anymore, it's wonderful that it has survived the test of time. Have a good week.
Cheers!
Lori in Blue Ridge, GA

I need to find Rumer Godden books. I don't think we own any.
Love the playmat, I made some similar for my youngest last year for Christmas. So inviting.