"Harsh reality and bleak forecast": on stuff and shaming

The Newsweek website has a feature (from earlier this fall) on the high environmental and human cost of clothes production and consumption practices.

The outlook is not good. In fact, it's really bad and really depressing. Especially at this time of year when, more than anything, it's all buy-buy-buy. Reading a story like this that focuses on just one area of consumer craziness makes you not only feel bad about needing to buy winter boots, it raises the same questions about the rest of the stuff: cars, couches, Christmas gifts, postage stamps. When every choice seems to cause some kind of ethical turmoil, it's easy to give up even trying to make sense of it. You can get yourself to the point where every tissue is an issue. 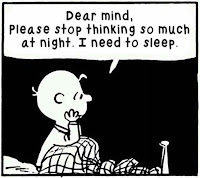 But knowing that something is difficult doesn't absolve us from being aware, and doing what we can to be part of a solution rather than contribute more to the problem.

That was not a hypothetical list, by the way. We do have a car that has recently developed a safety issue. No two ways around it, our family needs a vehicle, and the days of us choosing a twenty-year-old used car are long gone. In choosing a replacement, our biggest limitation is cost. The most realistic choice is a small, easy-on-gas leased car, which we try to take good care of and use responsibly.

As some of you know, our living room couch had its last spring last spring, and we've been sitting on the just-as-old love seat instead. In the realm of furniture, we have more options than we do with cars. We've previously bought several large furniture items from the thrift store, so that was one option. We also looked at couches at a family-run furniture store; that might not be recycling or saving the planet, but it's a locally-based business that deals fairly and stands behind what they sell. Finally we decided that we will move our downstairs couch upstairs, and the love seat downstairs, for the next while; it's the least expensive choice, and makes the most sense, especially considering that we just found out about the problem with our car.

Christmas gifts? I'm focusing on fair-trade items this year; not because I want to force my giftees to share my ideas on that, or to give them only baskets and coffee beans, but just because I found some things that I thought would make good gifts for those on my list.

And there's not too much we can do about postage stamps. Except not buy too many of them.

When the whole world of stuff (and human rights and carcinogenic dyes and the environment and shopaholism and finding anything that's made to last) seems like a never-ending problem, it's easy to get overwhelmed by even small choices. But maybe those are the best places to start making the world a little better. We may not have much control over what our houses or cars are made of, or (these days) whether vehicles are overloaded with electronic stuff. But going down the line, some of us can make choices like "we don't really need a couch at all" or "we need something flexible like a futon couch"; if we do want a regular couch, we still have choices about where we shop, the quality we look for, and how plan to we take care of it.

We can buy decent-quality new jeans so that they'll hold up longer (we hope), or get used ones from the thrift store, and  pass them on again if they're outgrown but still wearable. We can decide that we or our children need only one or two pairs of jeans at a time, so we're not buying and storing more than we or they can wear.

We can make more radical decisions like "no plastic toys." Having lived through the past two decades with plastic trolls, Polly Pockets, and Duplo, I can say that that's not an easy decision and definitely not for everyone. But if you can make it work, I'd say that's worth a few boxes of tissues.

We can decide to grow our own tomatoes and lettuce. We can hang laundry. We can wear the same sweater for several years, instead of spending time and money on a lot of different ones. Oh...we're back to clothing now.

But maybe the issue of clothing is one area where we do have the chance to make some difference. What do you think?
Posted by Mama Squirrel at Friday, November 18, 2016