Drawn from the P.U.S.: picture talk on Titian

1.  Ask the student what she knows about Titian. 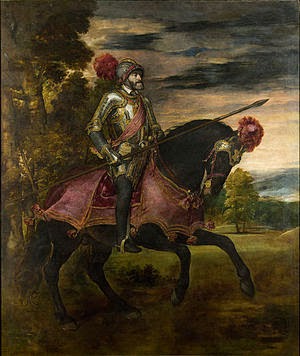 5.  After studying the picture for several minutes, the student describes it out loud.

6.  Then we read a few appreciative words on the life and energy displayed, on the beauty of the forms, and on the beautiful shading of the picture.

"The portrait in part gains its impact by its directness and sense of contained power: the horse's strength seems just in check, and Charles' brilliantly shining armour and the painting's deep reds are reminders of battle and heroism." (Wikipedia article)  See also the "Distinguishing Features" section of the article from The Guardian. I especially like the part about "Charles V rides out of the woods, across a sweeping landscape, in front of one of Titian's most unforgettable skies..."

7.  The student draws the chief lines of the composition.

8. A final note:  Titian's seventeenth-century biographer Carlo Ridolfi recounts an anecdote concerning their relationship..."It is told of Titian that while he was painting the portrait, he dropped a brush, which the emperor picked up, and bowing low, Titian declared: 'Sire, one of your servants does not deserve such an honour.' To this Charles replied: 'Titian deserves to be served by Caesar.'"  Pierre-Nolasque Bergeret painted this scene in 1808 ("Charles V Picking Up Titian's Paintbrush"). (Quote and painting found here.) 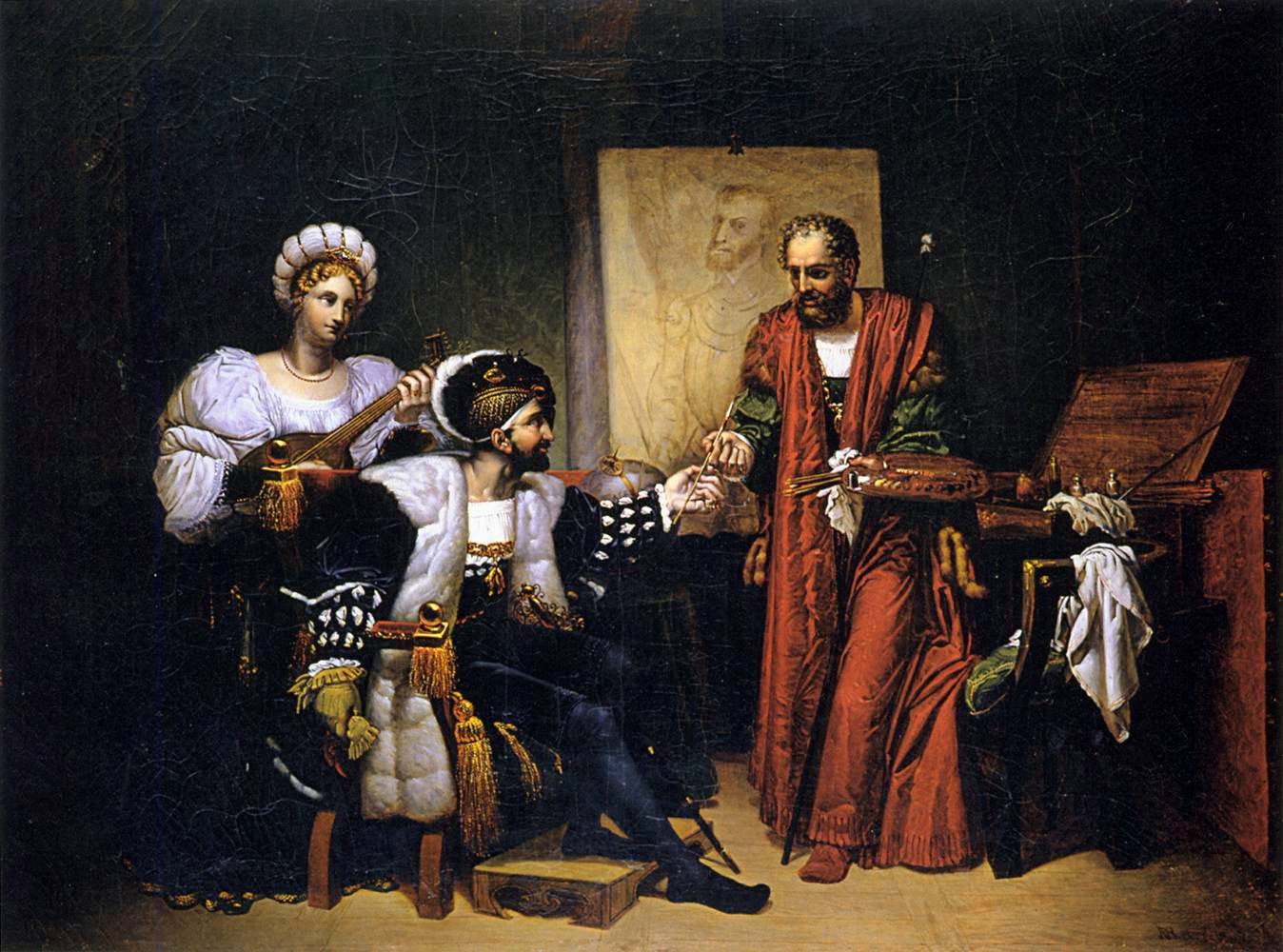 These are great! I love seeing how you've adapted the models left for us.

Thanks Anne. Bookmarking this for when we study Titian.