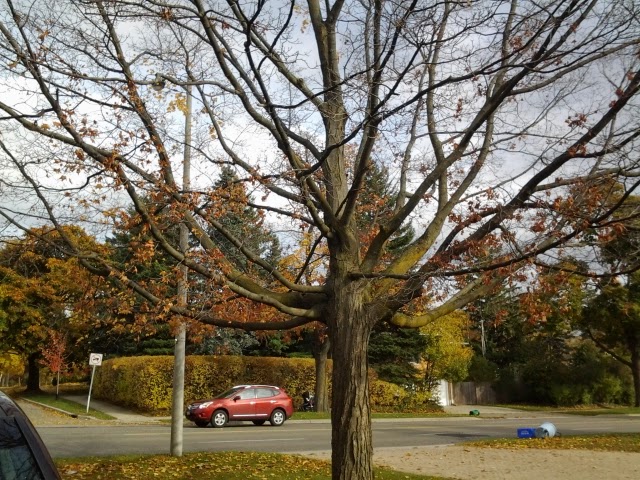 Leaves all down now on the red maple

Melanie Walker-Malone may be a less familiar name to some Treehouse readers.  I met Melanie for the first time at last year's L'Harmas, while I was still trying to wrap my head around the idea that people would actually come up HERE for a conference, from down THERE.

This year Melanie's talk was about the world-famous and inspiring people who were born in her home state, Alabama, and how learning about the heroes right around you often creates wider connections.  For instance, Helen Keller, from Alabama, had a close connection with Alexander Graham Bell, and when we were chatting after her talk Melanie mentioned that she (Melanie) had been to the Bell Historic Site in Nova Scotia.  But she didn't know that there's also a Bell Homestead in Brantford, Ontario, much closer to us, where the first telephone calls were made! So the connections continue to grow. 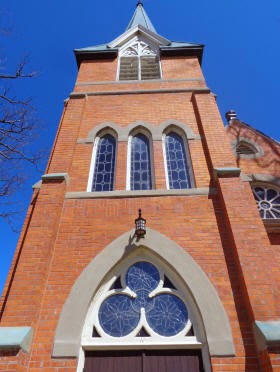 Melanie mentioned not only people but local resources; in her case, marble which is quarried nearby and used in Birmingham for everything from statues to kitchen islands. Teaching children to recognize their "own" rocks, wood, whatever, is another way to get them to notice what's around them in a new way.  A building, a wall, a monument that they would have passed over before, takes on new meaning when they know not only who or what it represents, but also why the material was chosen, where it came from.

So guess what I found online today? A local geologist has put together a self-guided walking tour of some of the city buildings, pointing out what they're made of, where fossils are embedded in stone walls, and so on.  Anybody local who wants to know, contact me and I'll send you the link.  Is that cool or what? 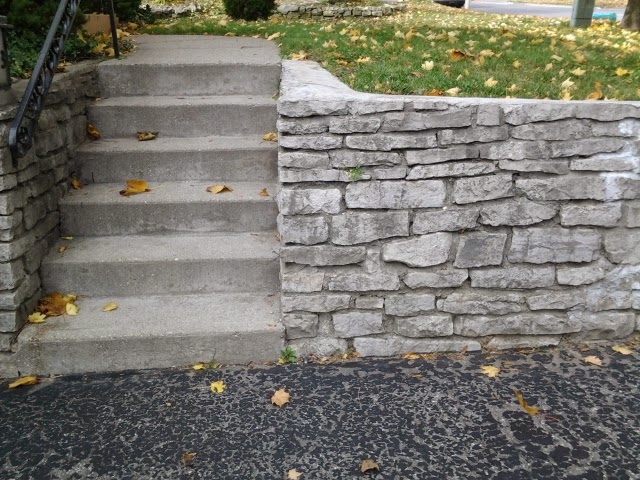 Our front steps and retaining wall

Little ideas...they just hatch out and hop all over the place.
Posted by Mama Squirrel at Tuesday, October 28, 2014

Steve's parents have recently downsized and I came home to treasures and furniture from his childhood. One is an architecture game by England's National Trust in which the object is to put together cards to build houses: eight homes, twelve cards per house. Isn't God good to give us treats when we come home?