School plans for the first of October: Befuddled? (Updated with monkeys.)

Some ideas for today's school with Lydia: 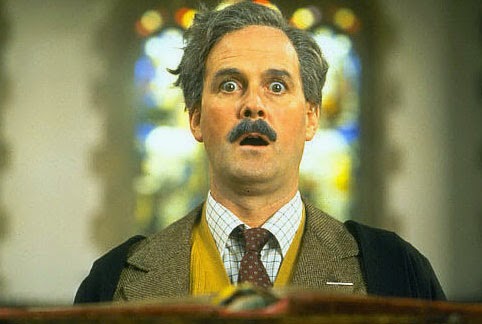 I'm trying to think of a way to work in the first audio installment of The Screwtape Letters, recorded by John Cleese in 1989, via a link at The Common Room today. Maybe it will be our school opener today--the first letter is about Screwtape's technique for basic distraction.  There's also a very important line in Letter #1, that might go by if you don't notice where Lewis snuck it in:  Screwtape jeers that "It sounds as if you supposed that argument was the way to keep him out of the Enemy's [God's] clutches.  That might have been so if he had lived a few centuries earlier.  At that time the humans still knew pretty well when a thing was proved and when it was not; and if it was proved they really believed it.  They still connected thinking with doing and were prepared to alter their way of life as the result of a chain of reasoning."

Screwtape insists that it's a demon's job not to teach but to "fuddle" us.  And that leads in...sort of...to part of a chapter of Daughter of Time.  Lots of fuddling there.

Lydia has the rest of the morning to figure out her own work:  math, AO readings, and so on.

Later we will read chapter 6 of Whatever Happened to Justice?, "Enforcement of Early Common Law." Mostly it's about restitution.  In the really early days (under common law), it was less common for someone to be imprisoned as punishment for a crime, because who wanted to pay taxes to support prisoners?  It was more common to pay fines and such to the victim, making restitution. 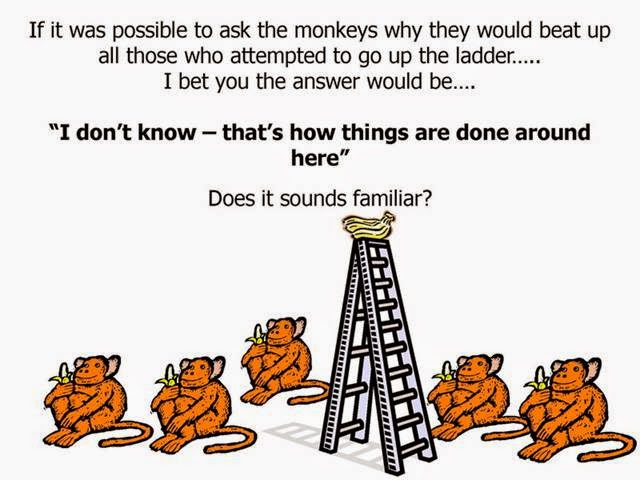 (What happened with that?  Well, I found this story about monkeys in a cage getting sprayed with ice water, in a book I am reading myself, and I thought it was a great introduction to chapter 7 of the book, about how custom is different from common law.  Why we do the things we do, and which of those things should be important enough to be laws.  So I just highlighted a couple of the main points from chapter 6 and said we'll get back to that when we talk more about force and policing.  I read the monkey story, and we focused on chapter 7 and then also read chapter 8 which is very short. What's homeschooling for if not to be flexible?)  (Monkey slide found here.)

And we'll work on French (Internet nouns and verbs, quite fun actually), and see if we can get into our review of Latin a bit (Mica, mica, parva stella).